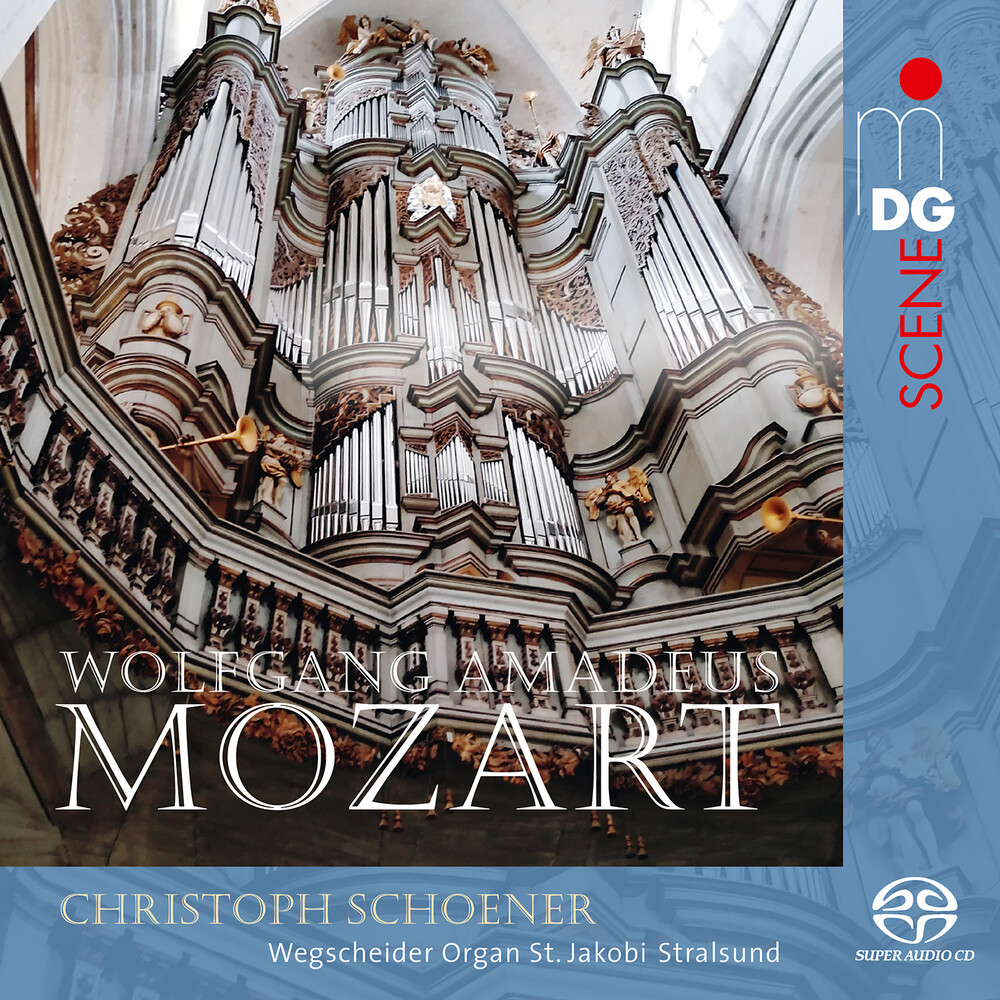 He loved to improvise on the organ, which Wolfgang Amadeus Mozart considered "the king of instruments". It is all the more astonishing that only a few " genuine" organ compositions found their way into his catalogue of works. For his latest production, Christoph Schoener combines obvious and surprising arrangements with Mozart's original works. The new Wegscheider organ in St. Jakobi in Stralsund proves to be the ideal instrument in his respectful reference to the masters of the 18th century. The Stralsund organ has had a checkered history: the magnificent case has always fascinated art-loving visitors from all over the world, but for a long time the organ work behind it did not live up to it's visual pretensions. The first instrument soon fell into disrepair due to inferior workmanship, and later alterations and extensions tended to worsen the condition and threatened to destroy the ornate carving through overloading. It was not until Kristian Wegscheider completed a new building in 2020 that the ornate exterior was matched by an adequate interior. Schoener knows how to make the most of this: Be it for Mozart's original works, which were mostly composed for a self-playing instrument, or be it for the transcriptions, from the "Magic Flute" and the "Figaro" to piano works such as the popular Variations on "Ah, vous dirai-je, Maman". Even Franz Liszt, who is extremely knowledgeable about the organ, is among the arrangers ("Ave verum corpus") - if that's not incentive enough!