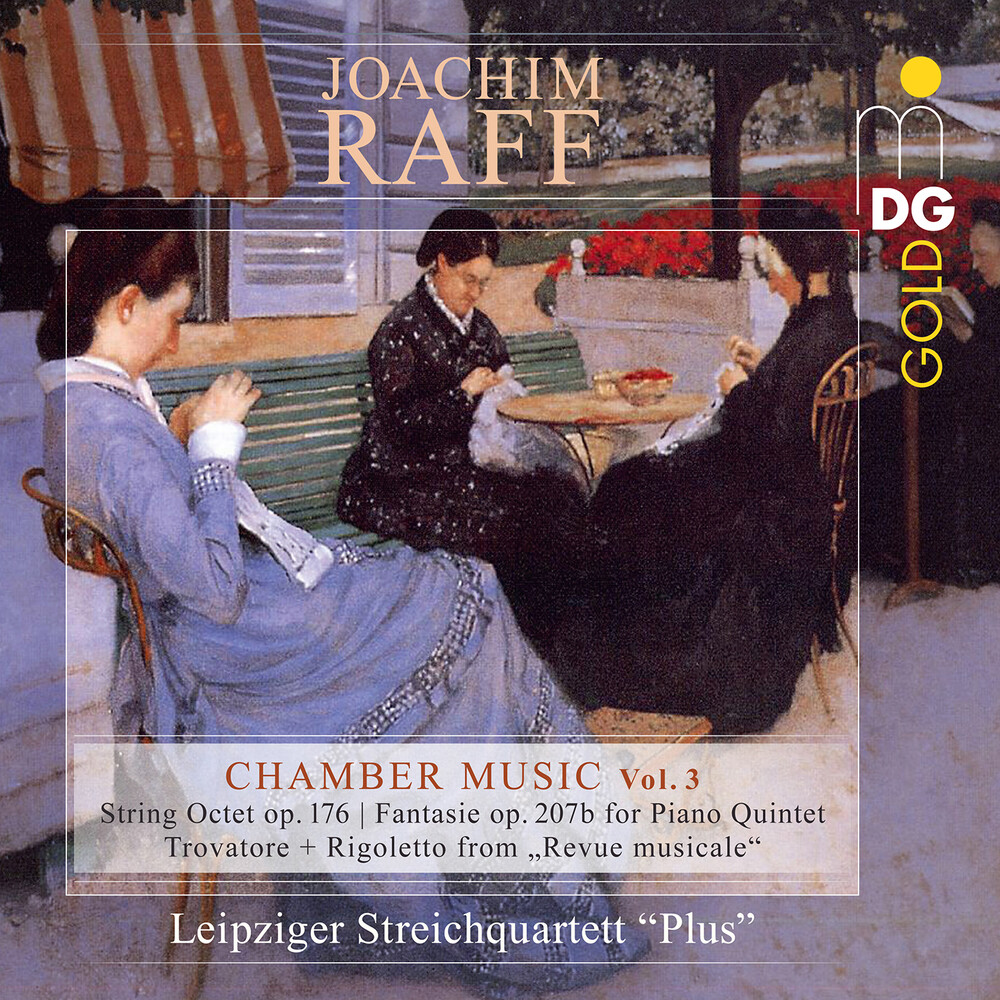 Tradition and progress - this is how Joachim Raff himself characterized his compositions, with which he was caught between all stools in his time. On the occasion of the 200th birthday of the composer, who is today unjustly almost completely forgotten, the Leipzig String Quartet presents his string octet, which follows this principle in an exemplary manner. With the Fantasy op. 207b for piano quintet and two surprisingly original encores, the growing Raff fan community can look forward to a special birthday present, world premieres included. On the face of it, the octet is based on the classical four-movement form. It goes without saying that this would have offended the "New German Composers". Harmonically, however, Raff is completely with the modernizers around Wagner and Liszt - already the beginning of the first movement shows bold turns, and the extended slow movement can't get out of the rapturous indulgence... For the Fantasy, of which there was originally a version for two pianos, the Leipzigers can be assured of Rudolph Meister's participation. The accomplished pianist shines already at the virtuoso beginning, whose rushing cascades accompany the palatable string singing. In the Larghetto section, the quartet and piano then find an extremely harmonious cooperation, and in a finely crafted play with the expectations of the audience, the quintet storms to a furious conclusion. The two encores are a real rarity: Under the name of Joseph Küffner, an immensely popular arranger at the time, though already deceased, Schott-Verlag for a short time published arrangements of popular operas from Raff's pen. Primarius Stefan Arzberger and Rudolph Meister can clearly hear the pleasure in Verdi's evergreens "Il Trovatore" and "Rigoletto" - bel canto melting at it's best!