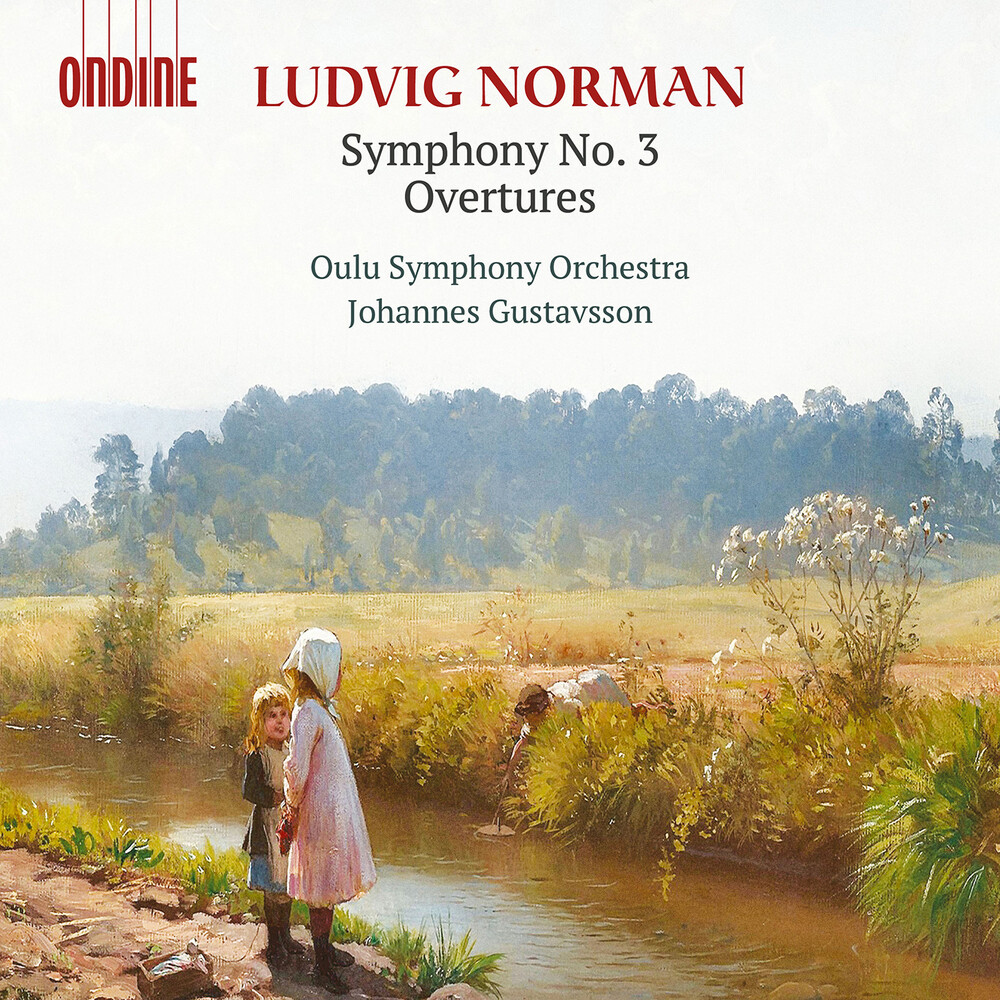 This album includes a large portion of the orchestral works written by Ludvig Norman (1831-1885), 'The Swedish Brahms', including his masterpiece work, Symphony No. 3, performed by the Oulu Symphony Orchestra under Johannes Gustavsson. Ludvig Norman was a highly fascinating artist who inspired a generation of Swedish composers and was widely respected, although his 3rdSymphony was premièred only after the composer's death. Born in Stockholm, Sweden, Ludvig Norman (1831-1885) went at the age of to study at the famous Leipzig Conservatory, where his teachers included Ignaz Moscheles (piano) and Julius Rietz (composition). Having returned to Stockholm as a professional musician and composer deeply inspired by his impressions of musical life in Leipzig. Norman is often considered to be among Sweden's premier symphonists after A. F. Lindblad and Franz Berwald (1796-1868). His contribution to the Swedish orchestral repertoire comprises three symphonies, three overtures and a Funeral March. Stenhammar described the composer's 3rdSymphony as "full of beauty" and even claimed that he valued it more than "any of Brahms's symphonies".