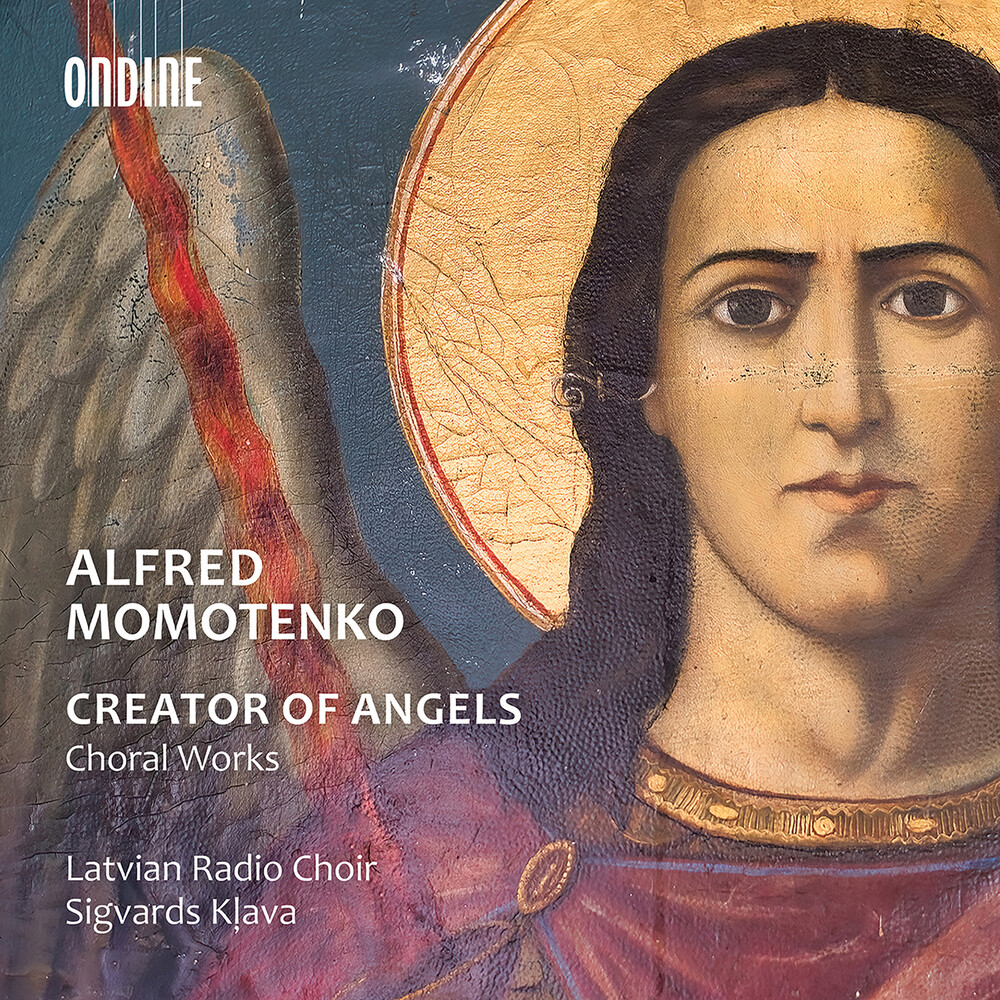 Latvian Radio Choir's new album conducted by Sigvards Klava marks the international debut of composer Alfred Momotenko (b. 1970). Momotenko was born in Lviv, Ukraine, in 1970. He studied at the Sochi College of Arts and later percussion at the Moscow State University of Culture and Art. In 1990, the political situation having changed, Momotenko moved to the Netherlands where he continued his studies at the Brabant Conservatory and at the Royal Conservatory in the Hague. Momotenko's timeless choral works continue the centuries old great tradition of choral works combining them with contemporary language, a blend most recently exemplified by the likes of Alfred Schnittke. Surrounded by choral music in his youth, Momotenko has returned to the world of choral music at a relatively late period: all the works on this album have been written between 2017 and 2022. Many of his enigmatic choral works are religious and could be described as poems or chants - larger than a miniature but less extensive than a fantasy, a narrative, a ballad or a story. Often there are two contrasting musical languages that are present: the ancient, pristine Znamennyj Chant and the modern one. Besides liturgic texts, Momotenko's choral works include settings to poems by Boris Pasternak and Joseph Brodsky. The largest work, Na Strastnoy (On the Passion), is a companion piece Rachmaninov's All-Night Vigil.