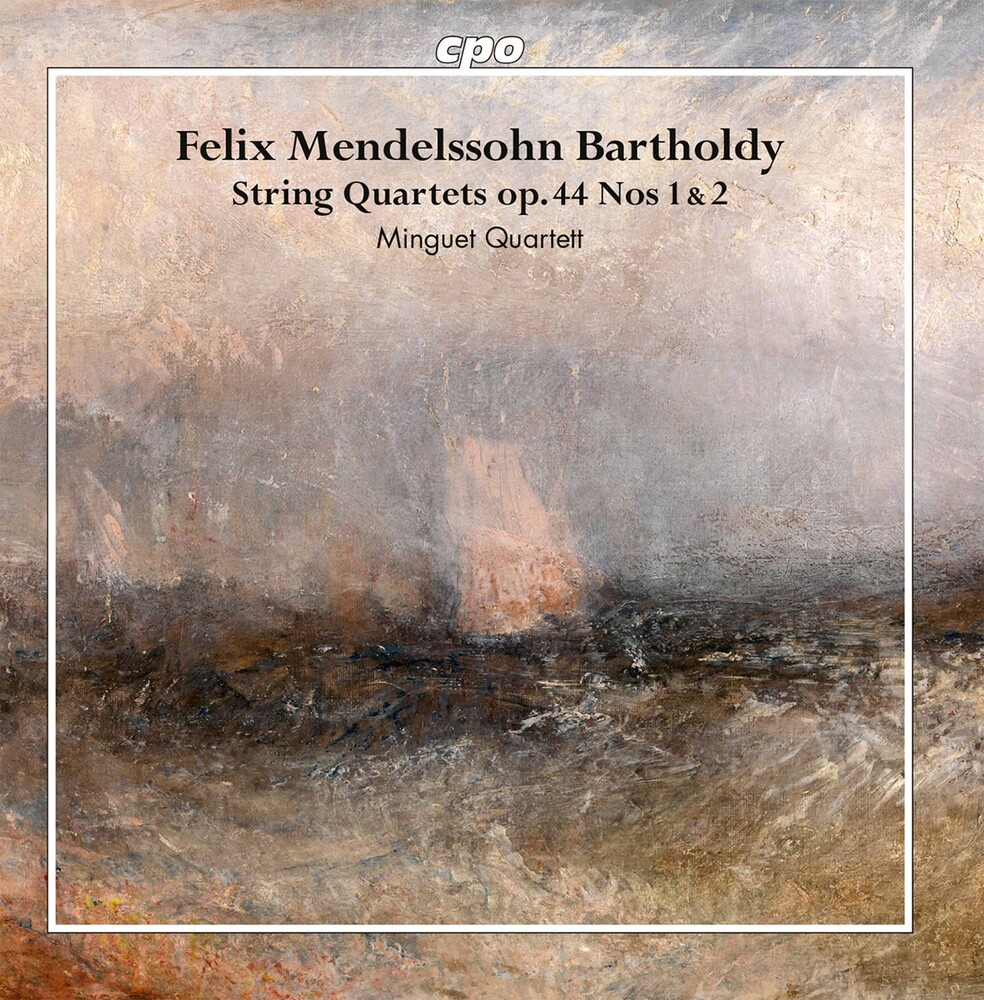 Felix Mendelssohn composed his three String Quartets op. 44 dedicated to Sweden's crown prince and later king Oscar I during the years from 1837 to 1838. In 1840 Mendelssohn, who was regarded as an absolute perfectionist, revised these "Trois Grands Quatuors," which he judged to be »some hundred times better« than all of his previous works. Vol. 3 presents the first two quartets from op. 44. The first, the last of the series to be composed, belongs to the genre of the "quatuor brilliant" - a type in which it is the first violin that shines. Already the introductory "Allegro vivace" is like a concerto movement by reason of the fact that the first violin is mostly accompanied by the three other instruments, often even with orchestral tremolos and timpani imitations in the violoncello. The second quartet, the first to be composed in this series of three, conveys an elegiac and passionate tone and displays expressive passages together with powerful accents.