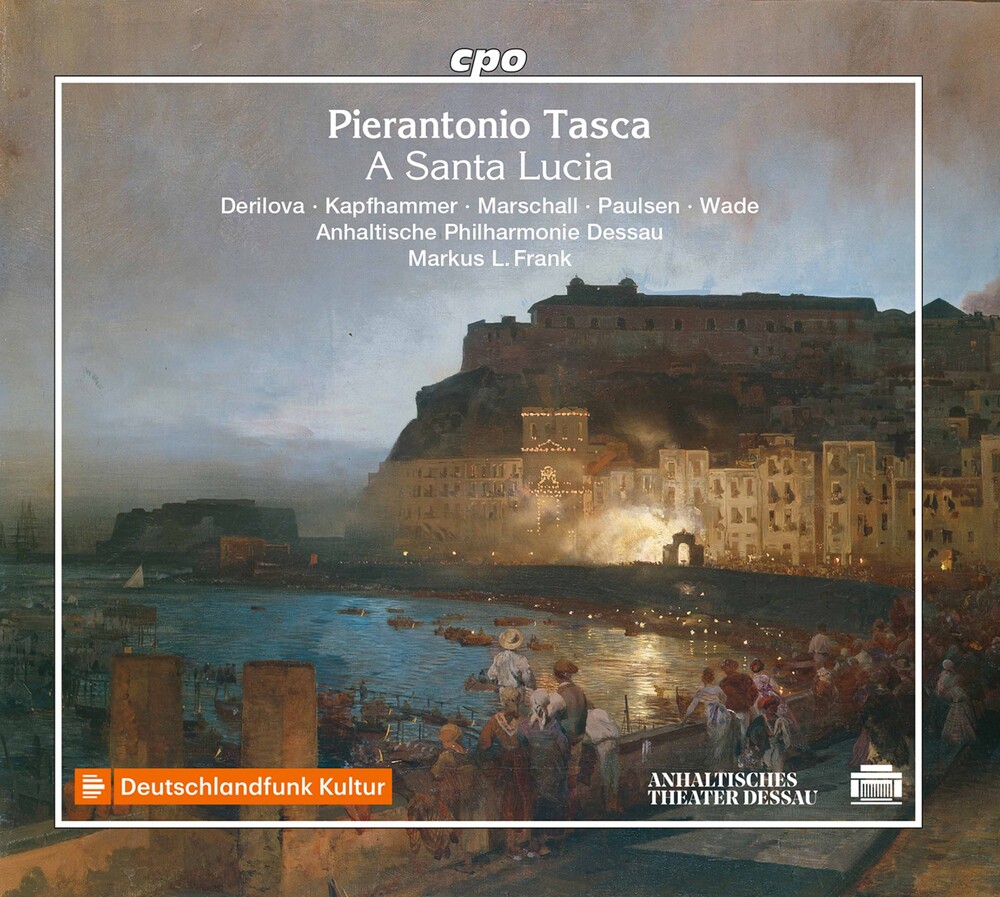 During the late nineteenth century countless composers modeled their operas on Pietro Mascagni's Cavalleria rusticana, hoping that this strategy would likewise bring them success. These composers included not only Leoncavallo with his Pagliacci but also the young composer Pierantonio Tasca. Although Tasca had grown up in Sicily, in A Santa Lucia he depicted Naples, Italy's largest city and a metropolitan world plagued by poverty and the everyday struggle for survival. This opera celebrated it's premiere not in Naples, not in Rome or Milan, but at the Kroll Opera in Berlin on 16 November 1892 and enjoyed great success. For some years this captivating, impassioned, and tender music and it's highly atmospheric local color earned Tasca the rank of the most esteemed "young Italian" composer in Germany, right along with Mascagni and Leoncavallo.