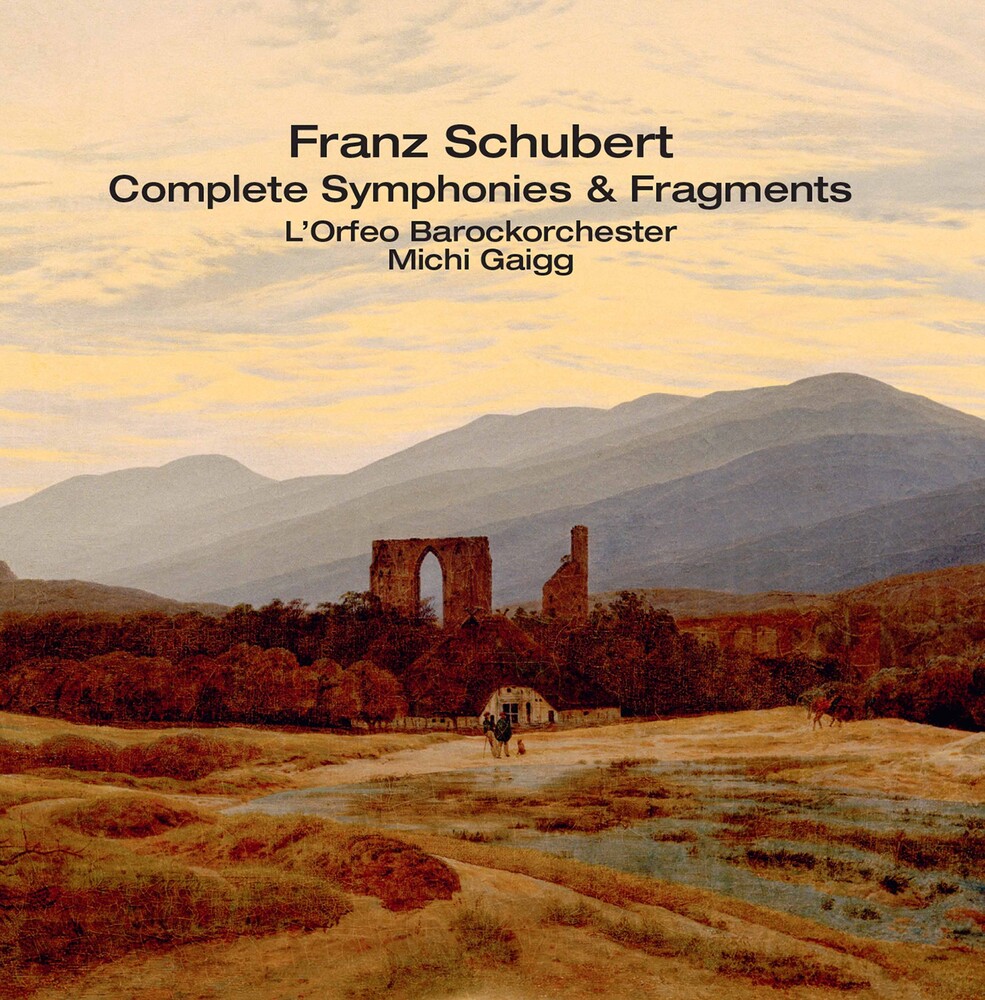 On the occasion of it's twenty-fifth anniversary, the L'Orfeo Baroque Orchestra is releasing the present recording of Franz Schubert's complete symphonies and complete symphonic fragments. It is the most recent gem in this orchestra's multifaceted repertoire ranging from the suite of the French, German, and Austrian Baroque through the sinfonia of the Mannheim School to Viennese Classicism and Early Romanticism. Although Joseph von Spaun termed Schubert a "song composer" not long after his death, Schubert's compositional oeuvre may be said to be framed by a symphonic fragment and a sketch for a symphony. The first of these fragments was the score for an overture (D. 2 A) committed to paper around 1810/11 and abandoned in the middle of the exposition, and the last was a draft of three movements for a Symphony in D major (D. 936 A), largely worked out in full, from the last weeks, if not from the last days, of his life. During the period of some eighteen years between these two manuscripts, Schubert occupied himself creatively with almost all the established forms, ensembles, and genres. The symphonic fragments heard here often consist of scores containing only a few measures with the later addition of the instrumentation of a piece, for example, measures 209 to 223 from the first movement of the String Quartet D. 74. Since the composer assigned the date "3 September 1813" to this movement following it's final notes, he must have written the fragment immediately prior to beginning his work on the Symphony No. 1 in D major (D. 82).