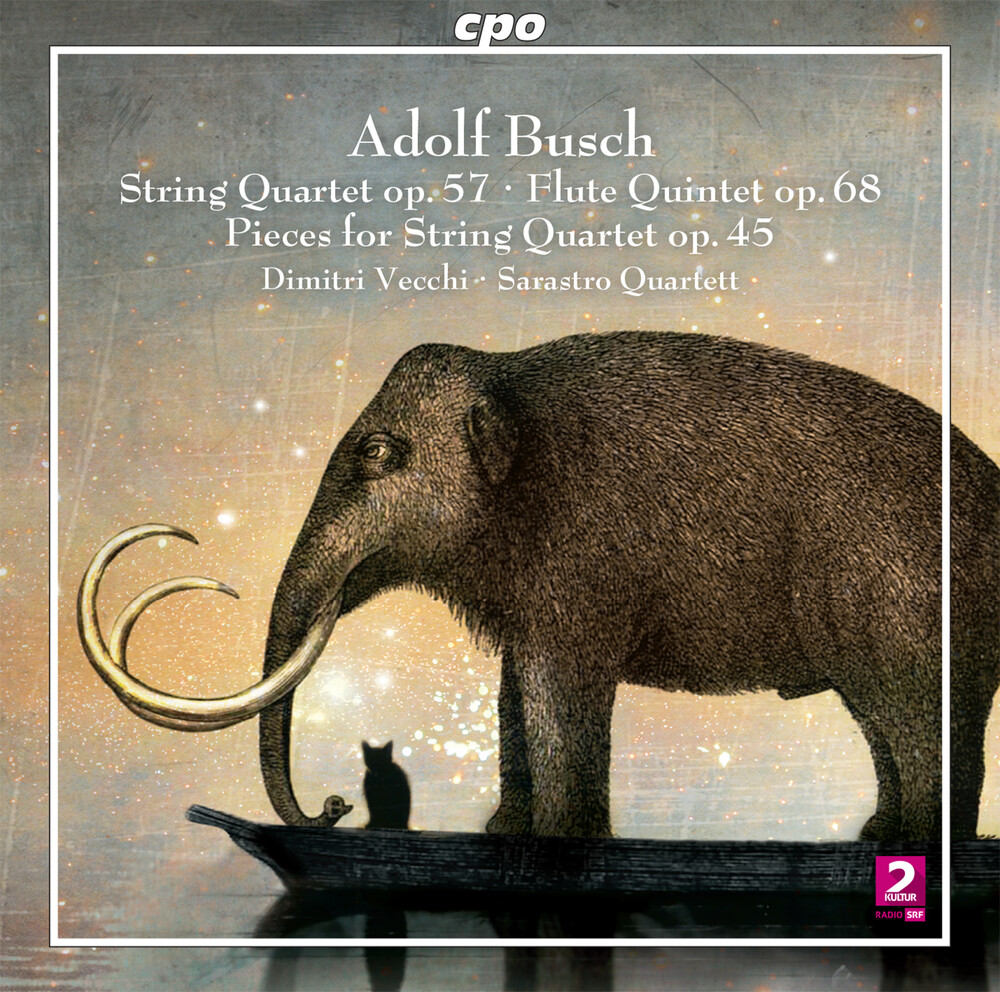 Adolf Busch was not only the leading German violinist during the years between the two World Wars but also wrote more than a hundred works in his capacity as a composer. Following our first recording success with Busch's trios and piano quartet, the Sarastro Quartet now turns to more chamber music by this congenial composer. Busch's point of departure in harmonic language was formed by the music of Max Reger, a friend of his during the last years of the Weiden composer's life. At the same time, Busch's lifelong occupation with chamber music from Mozart to Brahms endowed his oeuvre with a measure of clarity and balance. Some of his themes and motifs might also have been found in Dvorák; his mysteriously scurrying sound pictures, in Mendelssohn; his rhythmic impulses, in Beethoven; and his lyrical intensity, in Schubert or Schumann. The fact that Busch was not afraid to engage in stylistic retrospection meant that critics from his times leveled charges against him, but what in the end has remained decisive is the manner in which Busch formed his syntheses, his sovereign command of the musical material, and the personal expressive depth and humor in his music.