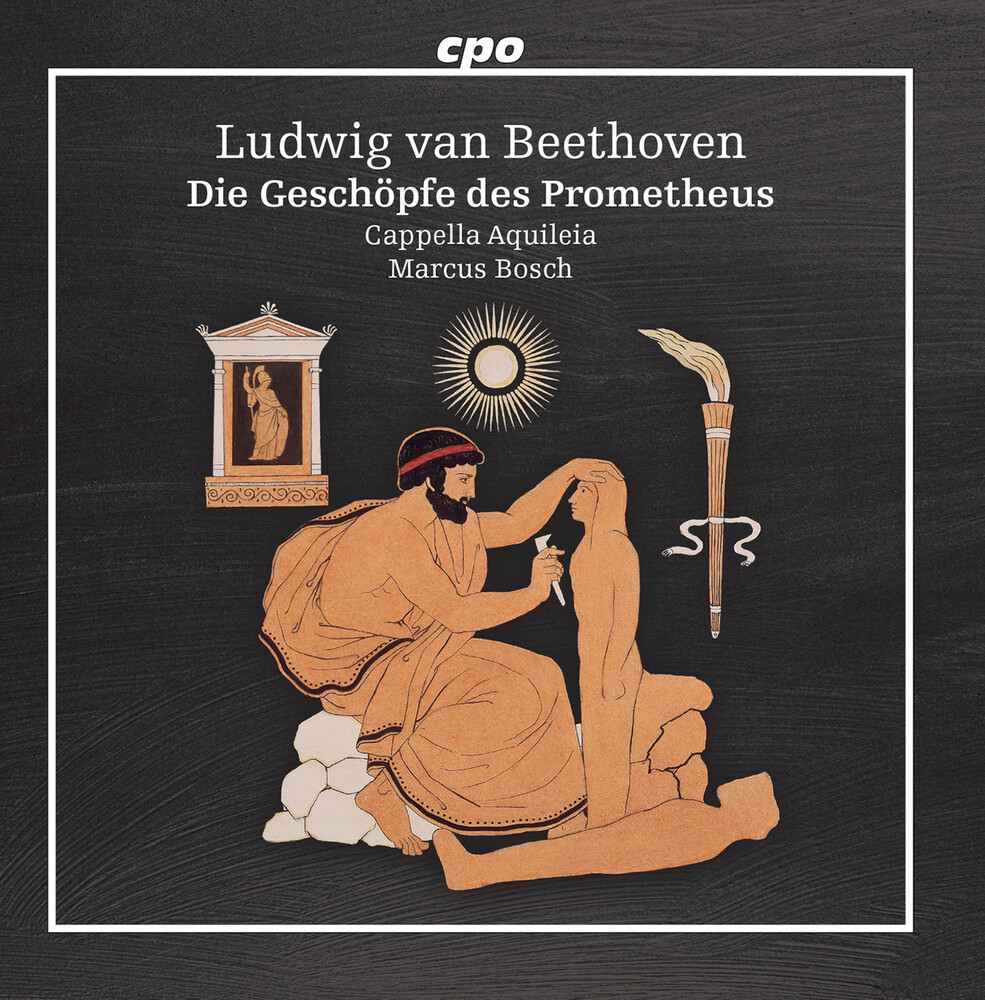 Ludwig van Beethoven and the stage: this is the story of a predominantly unhappy love affair with an unexpected happy ending - the late breakthrough of Fidelio. If this paean to husbandly love had not triumphed at the third attempt, there would be little more left in the dramatic field, apart from some very fragmentary operatic attempts, than the festival music for The Ruins of Athens and King Stephen, Hungary's First Benefactor, which Marcus Bosch and the Capella Aquileia have already recently recorded for cpo. Of course, the "more" also includes two pieces for dance theatre: the cute music for a knight's ballet written in Bonn's time and - far more weighty - the extensive score for the work by the famous choreographer and dancer Salvatore Viganò, which premiered under the title The Creatures of Prometheus at Vienna's Burgtheater on 28 March 1801. What the audience saw was a rather idyllic excerpt from the wildly eventful life of the disobedient titan. He has just formed his creatures out of clay, but they cannot get beyond mindless emotions. In his anger, Prometheus at first wants to stomp them out, but then he takes them to Parnassus, where the Muses teach them basic knowledge and artistic behavior under the eyes of Apollo. A general dance performance brings the predominantly cheerful, charming event to a close.