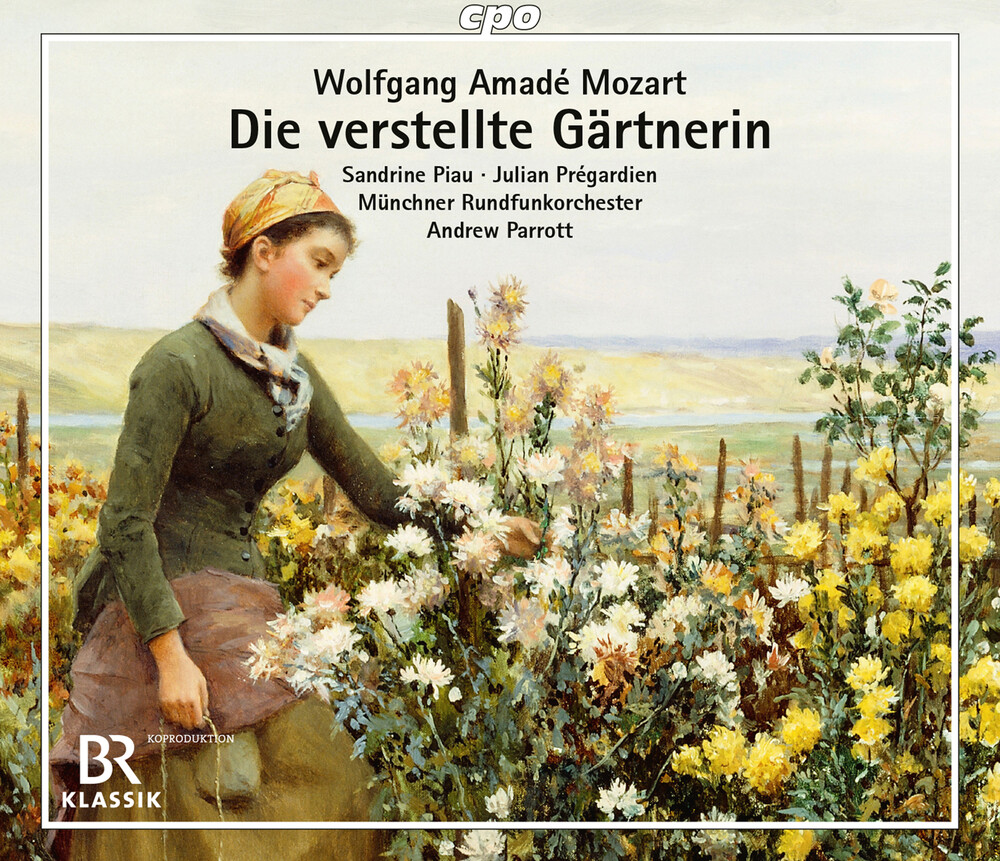 Rarity - German version of Mozart's "Finta gardiniera. 5 years ago, the Munich Radio Orchestra under Andrew Parrott performed Mozart's singspiel "Die verstellte Gärtnerin" - the rarely performed German version of "Finta gardiniera," which can now finally appear on cpo. When this opera was first performed, Mozart was 19 years old - an age at which most composers had not even begun. Wolfgang Amadeus' career as a musician - and as a composer - had been in full swing for several years, however. The work belongs to the genre of opera buffa, within which it follows the type of opera semiseria (half opera) popular at the time. Accordingly, in addition to buffa parts, there are also semi-seria parts and even a pure seria part. The music is of great richness. Mozart shows himself here as a true master of opera buffa. At the same time, the music already points beyond these to masterpieces such as Le nozze di Figaro and Don Giovanni. The first two acts of the opera contain large-scale, effective finales. In the second act, Mozart combines the finale with several preceding arias and recitatives to create a grand scene that transcends the boundaries of contemporary number operas.