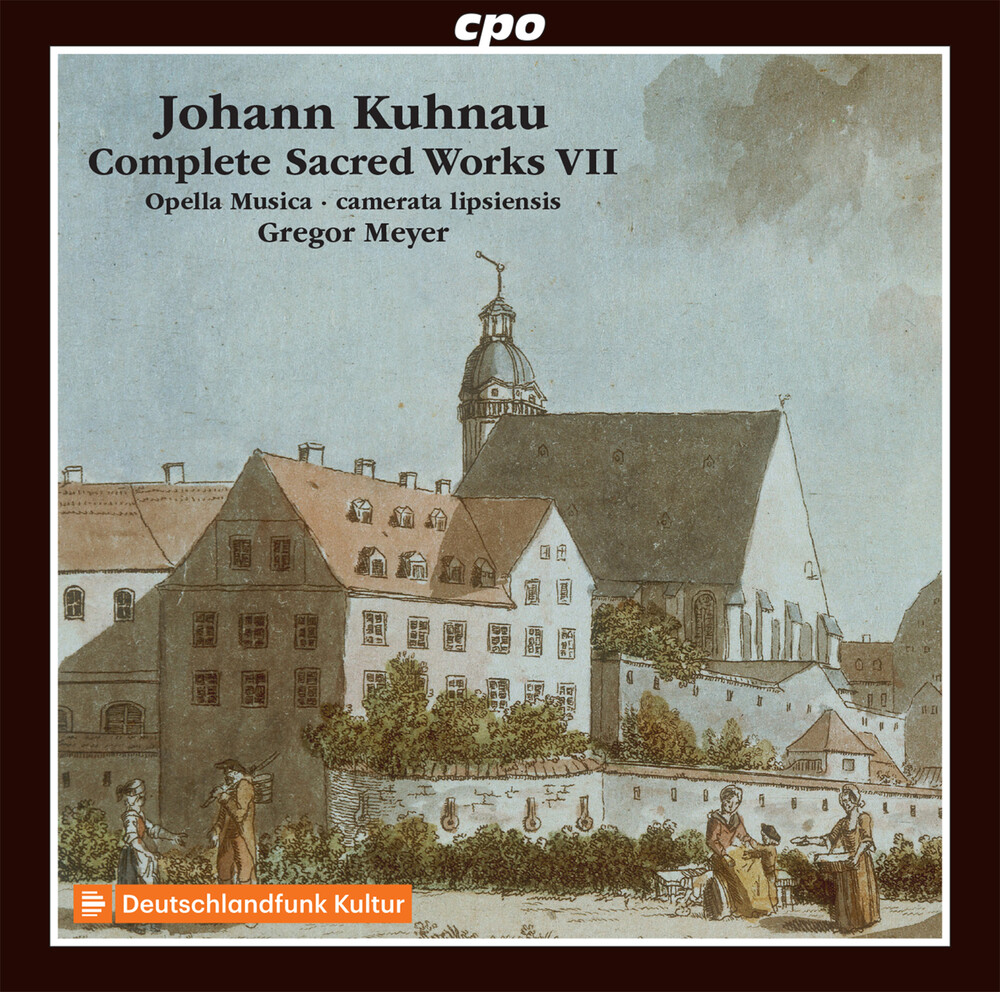 The next-to-last album in our complete recording of Johann Kuhnau's cantatas once again presents outstanding examples of German Lutheran church music. "They reinforce the positive impression created by the previous volumes. The singers very much know their way around Kuhnau, and this knowledge is rendered audible. The instrumental parts are perfectly executed" (musicweb international of Vol. 6). Kuhnau's magnificent cantata "Wie schön leuchtet der Morgenstern" for five-part choir, two corni grandi, two recorders, five-part strings (with divided violas), and basso continuo is certainly an outstanding composition within his oeuvre and a special highlight on Vol. 7. This work has been transmitted in a copy made by the renowned Weimar city organist and lexicographer Johann Gottfried Walther, who is known to have engaged in personal dialogue with Kuhnau. The cantata is framed by Philipp Nicolai's sacred hymn of the same name and traces it's origins to an anonymous poet, and in it Kuhnau lives up in every way to the outstanding reputation that he enjoyed among his contemporaries as a vocal composer in the devotional church style. The opening chorus clothes the chorale in a musical fabric of great sonority consisting of imitations, in anticipation, in repetition, and of motet character, such as only a few composers of his generation could have committed to paper.