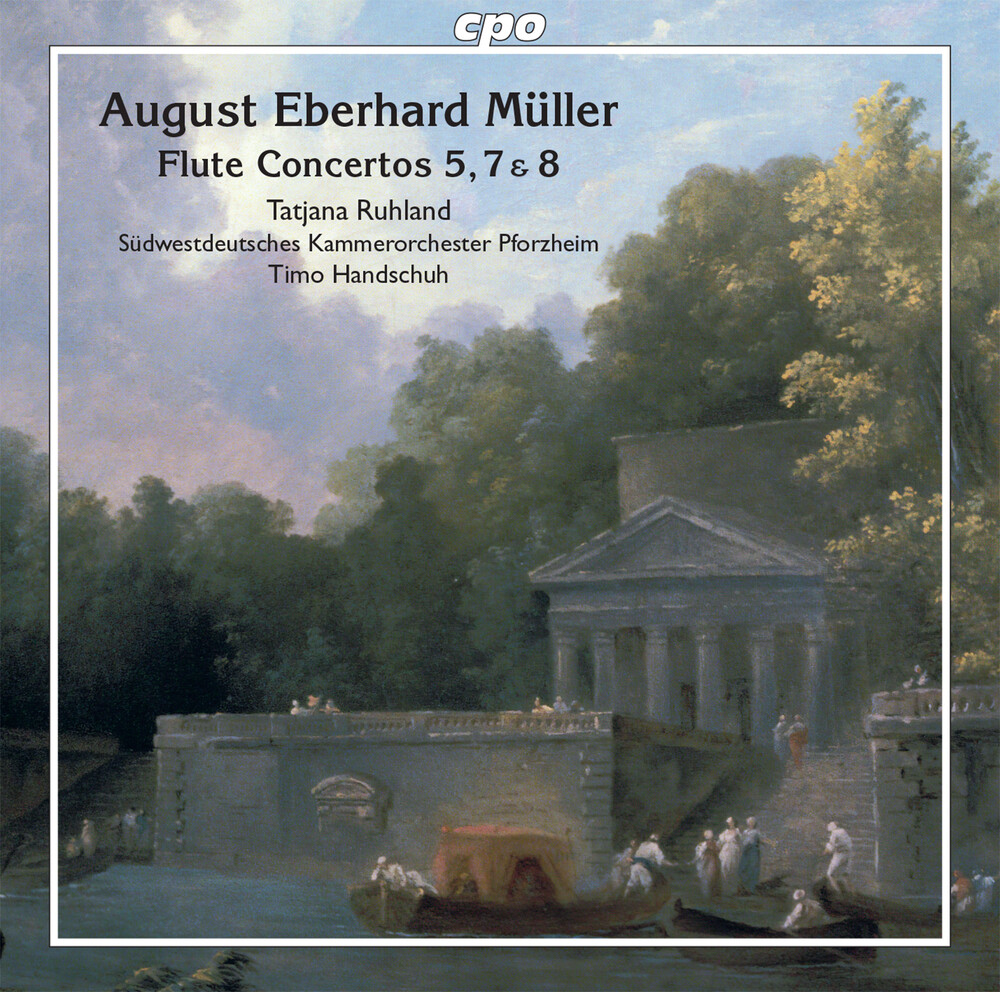 Opus Klassik prizewinner Tatjana Ruhland has been described as "the Paganini of the flute, " and in December 2018 the Tagesspiegel, commenting on her interpretation of Debussy's Prélude à l'après-midi d'un faune with the Berlin Philharmonic, termed her »a fabulous faun« and declared: "Already the first measures justify the jubilation at the end. " Now she once again is heard as an interpreter on cpo, this time with more flute concertos by August Eberhard Müller. The critics showered her with praise for Vol. 1, for her rendering of the concertos with »inexhaustible musicality« (klassik-heute. Com). The three new Flute Concertos Nos. 5, 7, and 8 show once again that the composer, who dedicated himself to this genre or instrumentation throughout his life, was a great admirer of Mozart. As in the case of almost all his concerto compositions, Müller himself was the soloist in these three works, which enjoyed great popularity and soon numbered among the repertoire pieces for traveling flute virtuosos. His seventh concerto receives tonal reinforcement lending it a special character: trumpets and timpani enhance the overall sound picture. Magnificent!