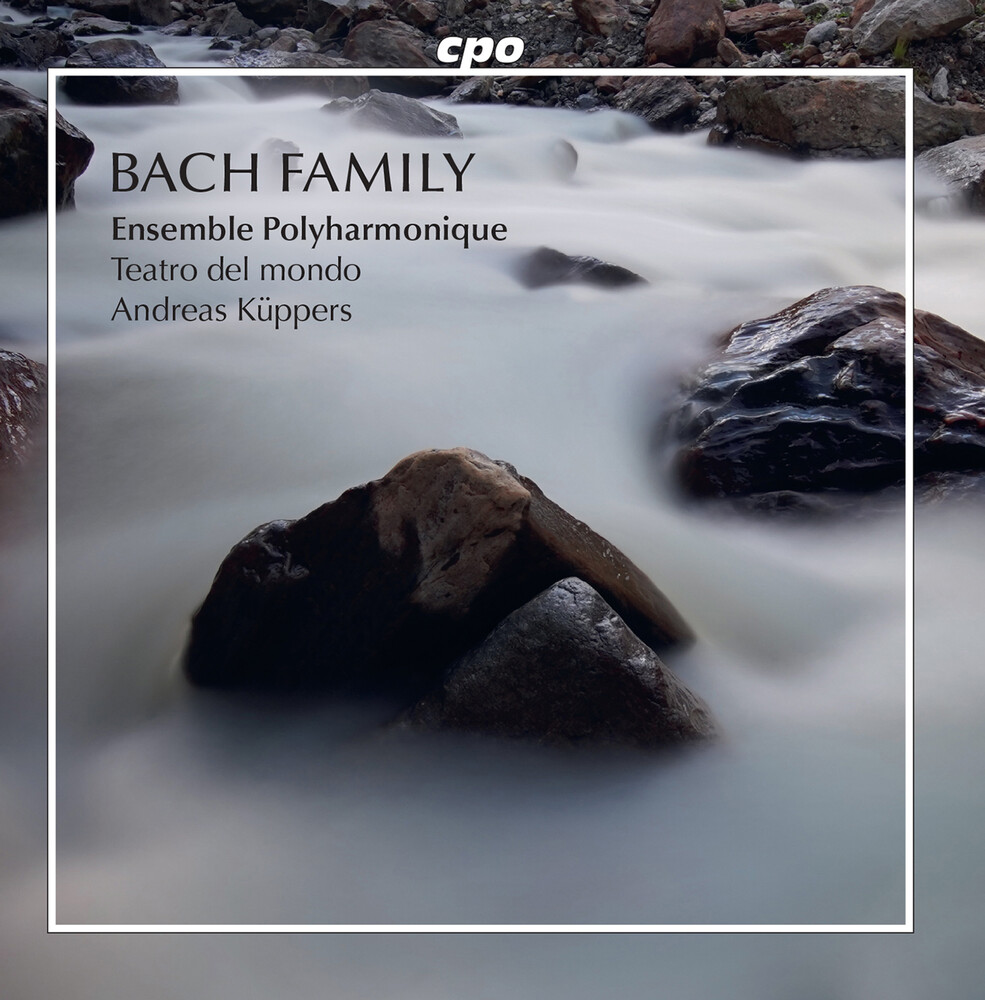 The close-knit nature of the Bach musical family is documented in many sources. They met regularly for family celebrations, exchanged experiences and, of course, always had an eye on where there was a vacant position. In baroque Central Germany, the name "Bach" was practically synonymous with the job title "musician". For the Ensemble Polyharmonique and Teatro del Mondo with it's director Andreas Küppers, too, the "Old Bach Archive" is the most important starting point for the musical representation of Bach's "Family Affairs". Six compositions from this valuable collection were selected for the present recording. These pieces are complemented by further works from various Bach generations up to the late 18th century. A clearly audible connection is revealed not only by the consistent instrumentation of four to six vocal parts and basso continuo, but also by a kind of "family sound". Even when Carl Philipp Emanuel Bach composes a motet in the style of Empfindsamkeit, it may be assumed that he also had the works of his ancestors in mind, which were composed more than 100 years earlier. The "Family Affairs" with 15 works from four generations thus provide an impressive testimony to this unique musical dynasty.