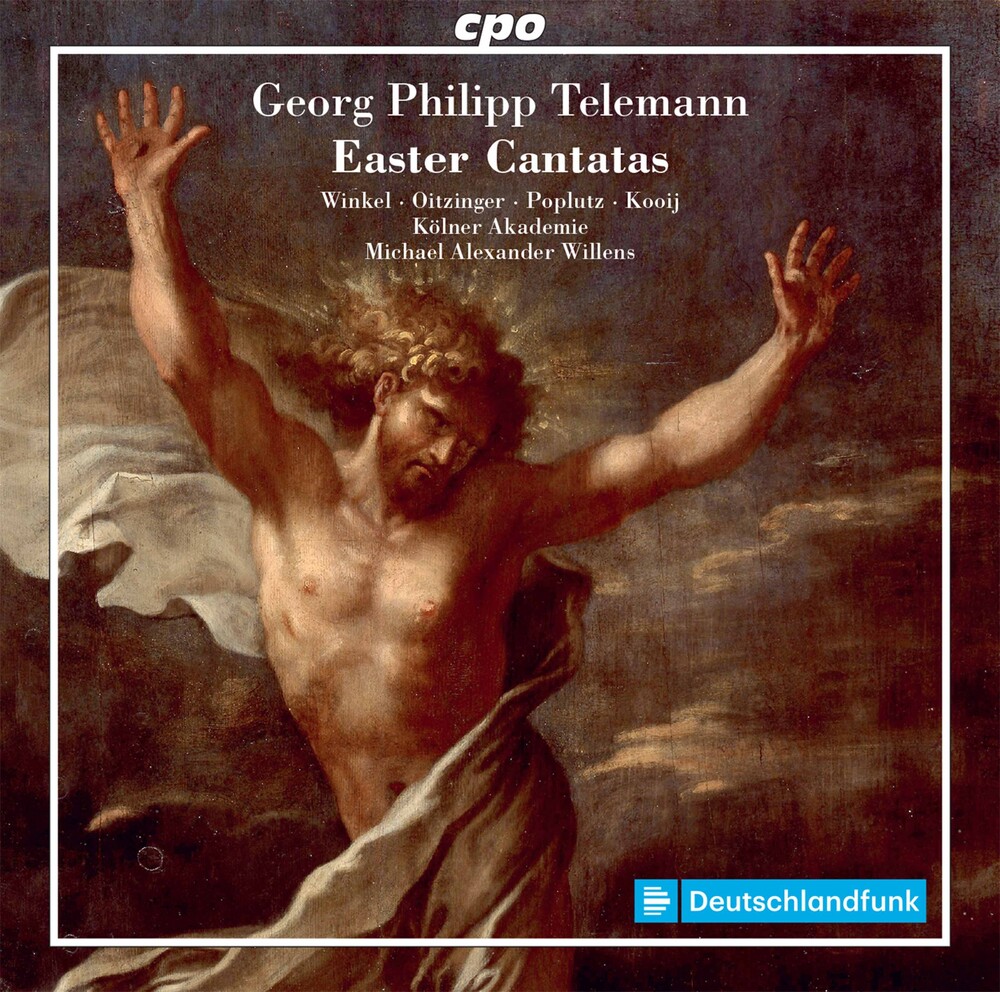 Our album presents a selection of five works from the extensive, largely unexplored Easter Cantata oeuvre created by Georg Philipp Telemann during the course of his sixty years in Eisenach (1708-12), Frankfurt am Main (1712-21), and Hamburg (1721-67). Four of the works recorded here date from the 1720s and take us back to the years in Telemann's creative life as a composer when he was the new music director of Hamburg's five principal churches and was reorganizing the city's church music and modernizing it in musical respects. The two cantatas from the "Annual Cycle without Recitatives" refrain from use of larger ensembles with brass and woodwind instruments and concertizing instrumental voices; the focus is on the arias and quotations from the Bible, and of these it is above all the opening dictum that is very extensive and often elaborated with rich counterpoint. On the whole, the annual cycle has an intimate, subdued character. It's music does not score points with tonal effects; instead, it generates appeal with refinements in the musical setting of the texts. The cantatas of the "Second Lingen Annual Cycle" are characterized by a fixed sequence of movement forms. The initial sinfonia is followed by an accompagnato recitative, and this weighty exordium is succeeded by two duets in alternation with chorale strophes. The duets are da capo arias and designed in such a way that one voice sings the A part, while the other voice sings the B part.