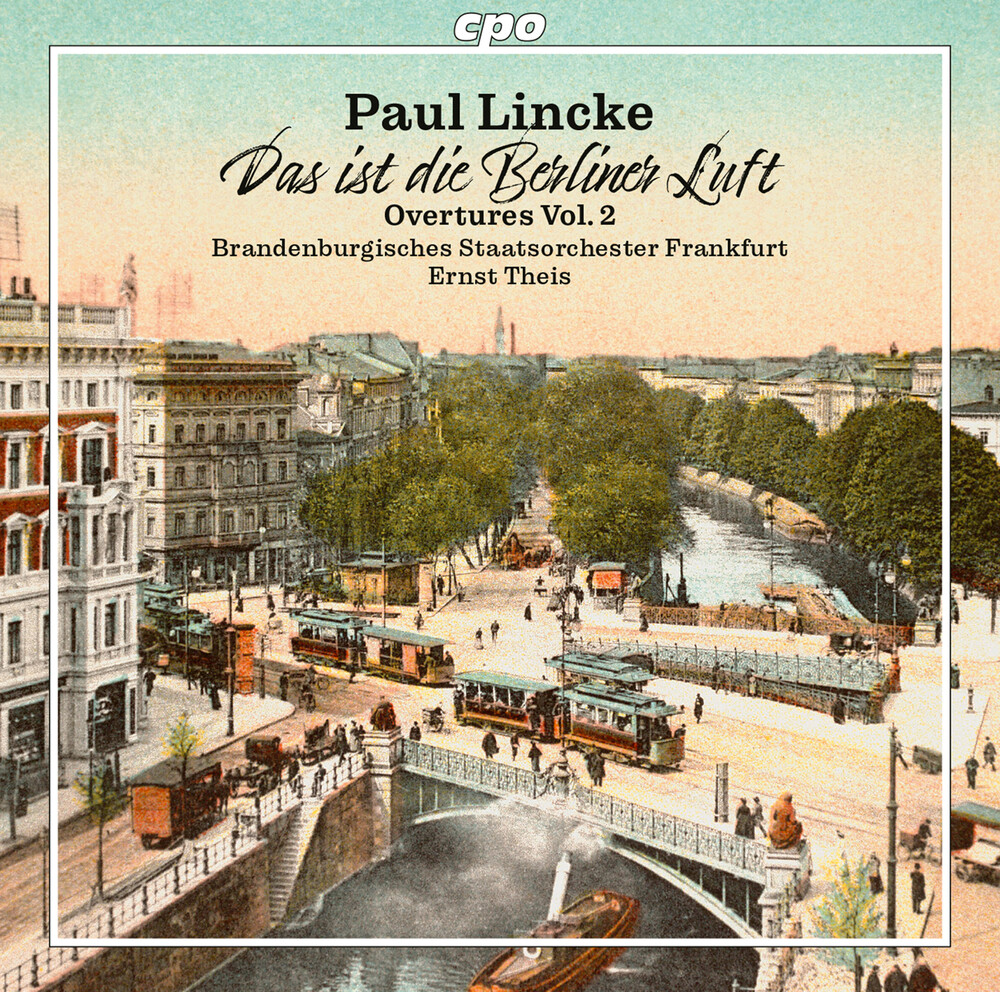 Paul Lincke Overtures Vol. 2. And shortly after Vol. 1, Vol. 2 is already released with further melody-saturated overtures by Paul Lincke, which are thus as good as complete on cpo. "What Strauss once was for Vienna - Lincke is for Berlin!". These verses by comedian Franz Heigl on Paul Lincke's 75th birthday celebrate the composer not only as the epitome of Berlin light music, but also as the founder of the associated operetta. Just as Strauss's Die Fledermaus was to Viennese operetta, his Frau Luna (soon to be released on cpo) is still considered a prime example of the Berlin variety of this genre, even though it did not take it's present form until 30 years after it's premiere. In addition to the overture to Frau Luna, there are other entertaining pieces worth hearing - also from one-act operas - such as the overture to the operetta Das blaue Bild from his successful series at the Apollo Theater in 1906, a "Fantasy in One Act." It's very Parisian overture is characterized by a furious presto beginning, striking cornet and clarinet solos, and it's sometimes lyrically rapturous, sometimes exuberantly lively dance-like gesture. True authentic Paul Lincke discoveries!