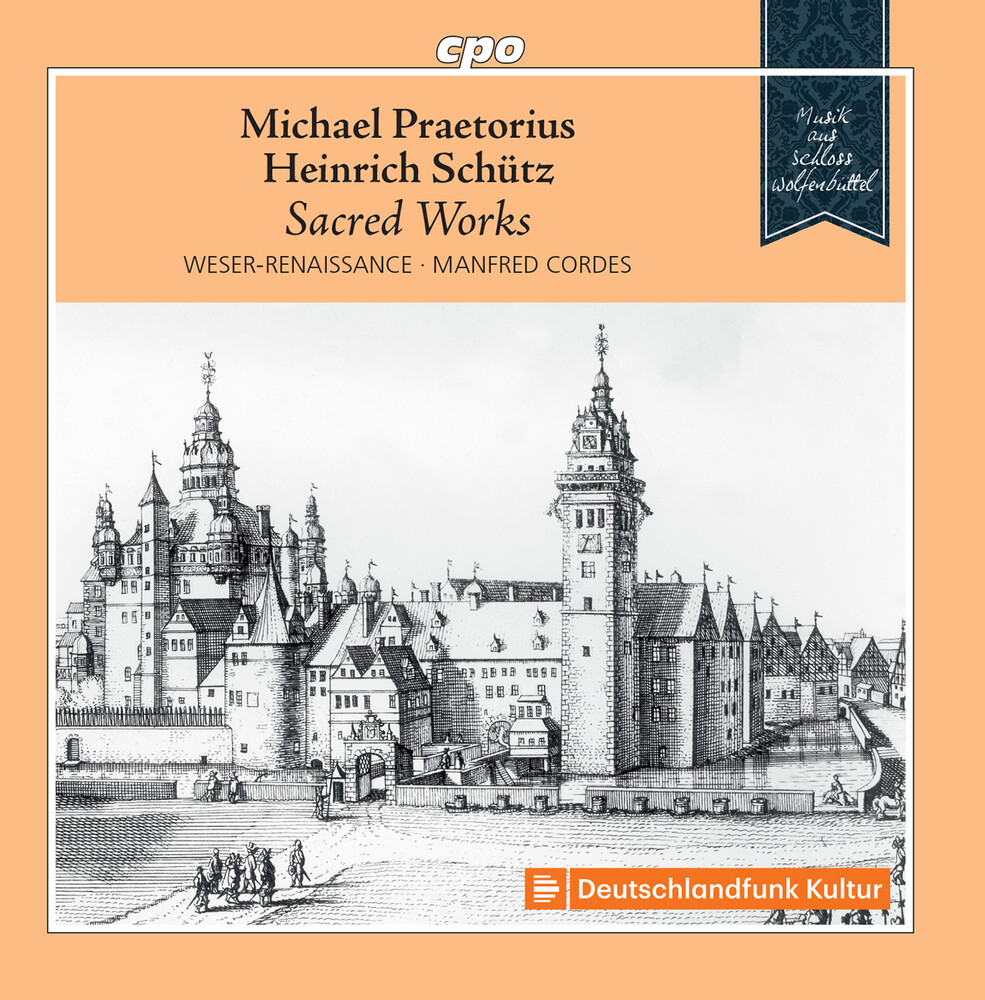 In our series "Music from Wolfenbüttel Castle," the sixth concert in the series featured and recorded parallel settings of sacred works by Michael Praetorius and Heinrich Schütz. One does not immediately think of counting the great Dresden composer Heinrich Schütz among the kapellmeisters at the Wolfenbüttel court, and yet he was officially engaged there as "Capellmeister von Haus aus" from 1655 until at least 1666. Michael Praetorius, however, had long since died around this time. By juxtaposing compositions with identical texts (so-called parallel settings) by Praetorius and Schütz, this album makes it possible to compare the styles of these two "heroes of music history". This is particularly appealing inasmuch as the stylistic upheaval at the beginning of the 17th century, which originated in Italy, falls into the creative period of both composers, and it is revealing to observe in what way the new developments influenced the oeuvre of both masters. At the same time, the works of both composers with identical texts are not exactly numerous, which is related to the fact that Praetorius turned to the arrangement of Protestant church hymns to a particularly strong degree, a genre that either interested Schütz little, or that his position at the Dresden court did not offer any occasion to serve.