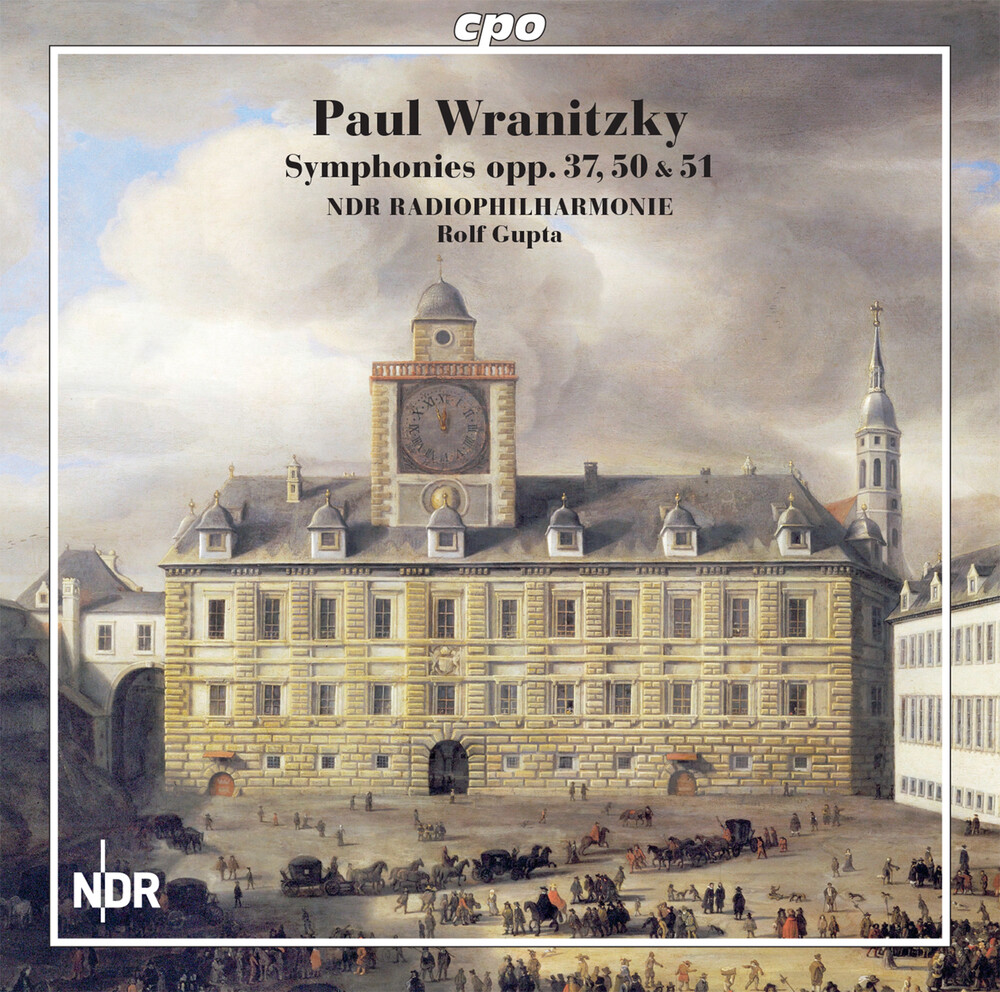 Individual Symphonies by Paul Wranitzky II According to current research, Paul Wranitzky composed at least 47 symphonies for which sources have been preserved. The symphonies opp. 50 and 51 belong to Wranitzky's last series of symphonies. They were published in late 1804 by Wranitzky's main publisher, André, in Offenbach. The Symphony in D major, op. 37, was published by the same publisher in November 1799. All three works recognizably follow Haydn's model in structure, movement types, and thematic formation, though not without setting individual accents. For example, the opening and closing movements are not thematic in the true sense of the word; Wranitzky treats his motivic material more like a musical construction kit; identical material is used in different places with different functions. The motivic material is deliberately kept simple, but possesses enough specificity to give the individual movements motivic coherence. And once again, the composer's "melodic inventiveness, the effectively juxtaposed rhythms and the effectively exploited orchestral apparatus" (klassik. Com on our first release with Paul Wranitzky, Symphonien (cpo 3493380)