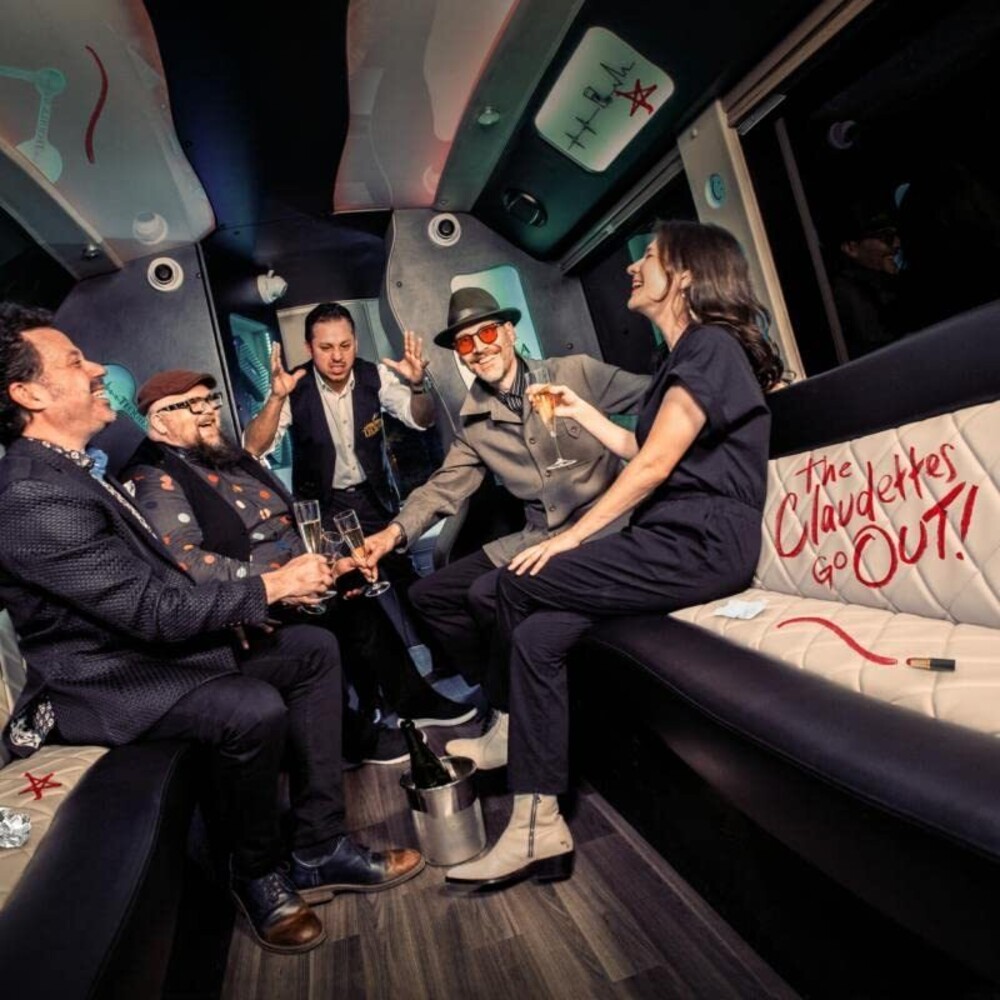 What's the opposite of locking down... of staying in... of yet another mildly satisfying TV night? That would be "going out," which is what the Claudettes passionately prescribe with their rich, diverse, riveting new album The Claudettes Go Out! Teaming with Grammy-winning producers/mixers Ted Hutt (Violent Femmes, Old Crow Medicine Show) and Kevin Killen (David Bowie, U2, Elvis Costello) as well as Grammy-nominated engineer/producer Anthony Gravino (Kurt Elling, Charlie Hunter), the Claudettes present an array of celebrations on The Claudettes Go Out!: of memories ("Time Won't Take Our Times Away"), of secret love ("Park Bench"), of better routes to happiness ("The Waves") and of the never-ending stream of beautiful, lovable people all around us ("There's Too Much Affection in This World"). The luminous vocals of Berit Ulseth transfix on songs both sardonic ("The American Sky," "Dozing in the Crypt" and "Exposure") and disarmingly sincere ("Cowboy," a self-aware ode to alcohol, "A Lovely View," a vivid dream of a whole new life, and the breathtaking album closer "The Show Must Go On [And Then the Show Must End]," which urges us all to cherish what we love while it's still around). The Claudettes Go Out! Arrives in the wake of the band's 2020 album High Times in the Dark, which won raves from the likes of NPR ("The band's greatest super power: songwriting") and LA Weekly ("An absolute gem... enthralling"). The Claudettes began a decade ago as a duo: drummer Michael Caskey and pianist/composer Johnny Iguana (a 2021 Blues Music Award nominee for Piano Player of the Year and a performer on many Grammy-nominated albums). With Ulseth and bassist/guitarist Zach Verdoorn in the band for six solid years now, they continue to reshape their one-of-a-kind, piano-powered roots-pop sound on The Claudettes Go Out!, their most captivating creation yet.