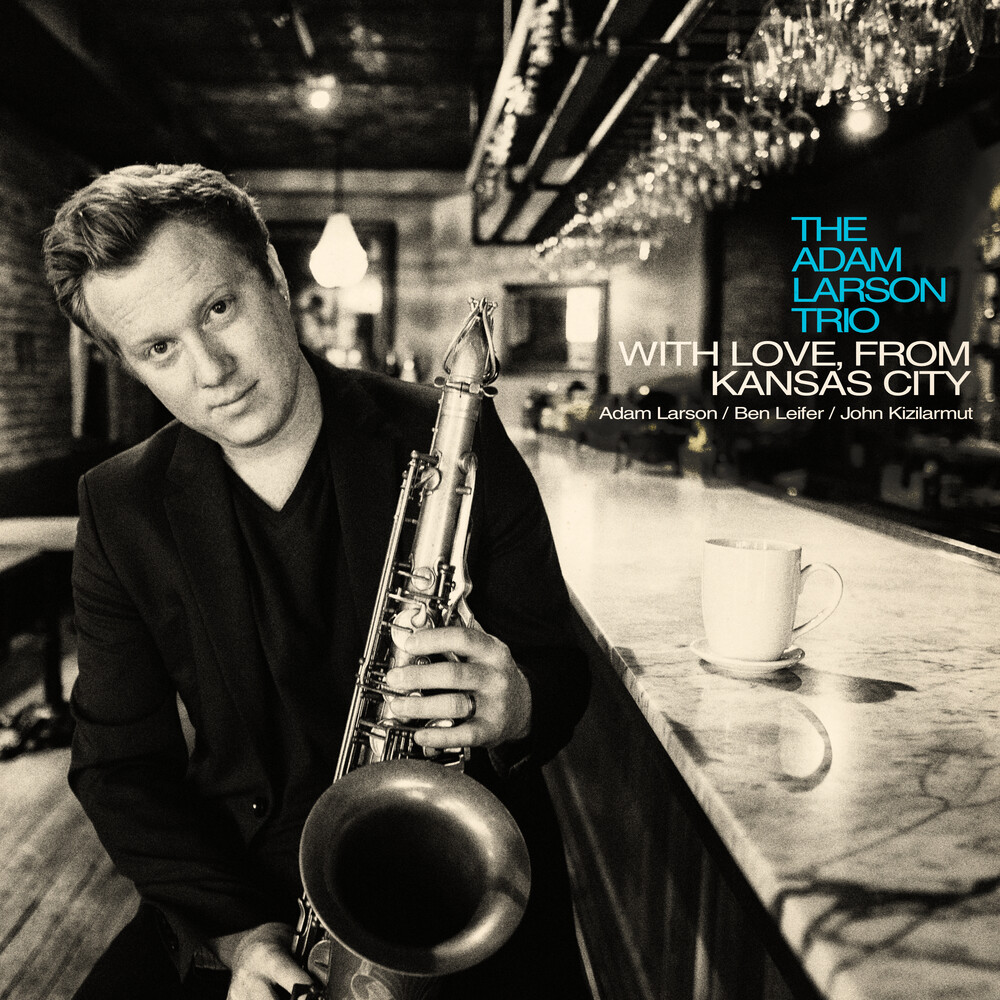 Adam Larson's spirited follow-up to With Love, From Chicago - the saxophonist's critically-acclaimed February 2022 release. Like it's predecessor, With Love, From Kansas City finds the saxophonist alongside a chordless trio, surrendering the support of harmonic accompaniment for the freedom and melodic interplay associated with the trio configuration. On his seventh album, Kansas City takes center stage, as Larson explores his relationship with his current home, with the musical support of his fellow Kansas City cohorts, bassist Ben Leifer and drummer John Kizilarmut. This is the second in a planned trilogy of trio recordings due out within 18 months, with each release highlighting a different city that has had a significant impact on Larson as a musician and artist. In 2019, Larson relocated to Kansas City after an 11-year tour of duty in New York City. Since his arrival, the bandleader has established himself as a leading creative force locally while maintaining a dizzying national performing, teaching and recording schedule. The first album of the trilogy, With Love, From Chicago was released in February 2022 and featured bassist Clark Sommers and drummer Dana Hall alongside the prodigious Larson. Anthony Dean-Harris of Downbeat Magazine called With Love, From Chicago "... an extremely satisfying saxophone-bass-drums trio... one of those albums that should stay in one's rotation" and gave it a rare 4.5 star-rating. "With Love, From Kansas City" reveals yet another side of Larson's stunning artistry.