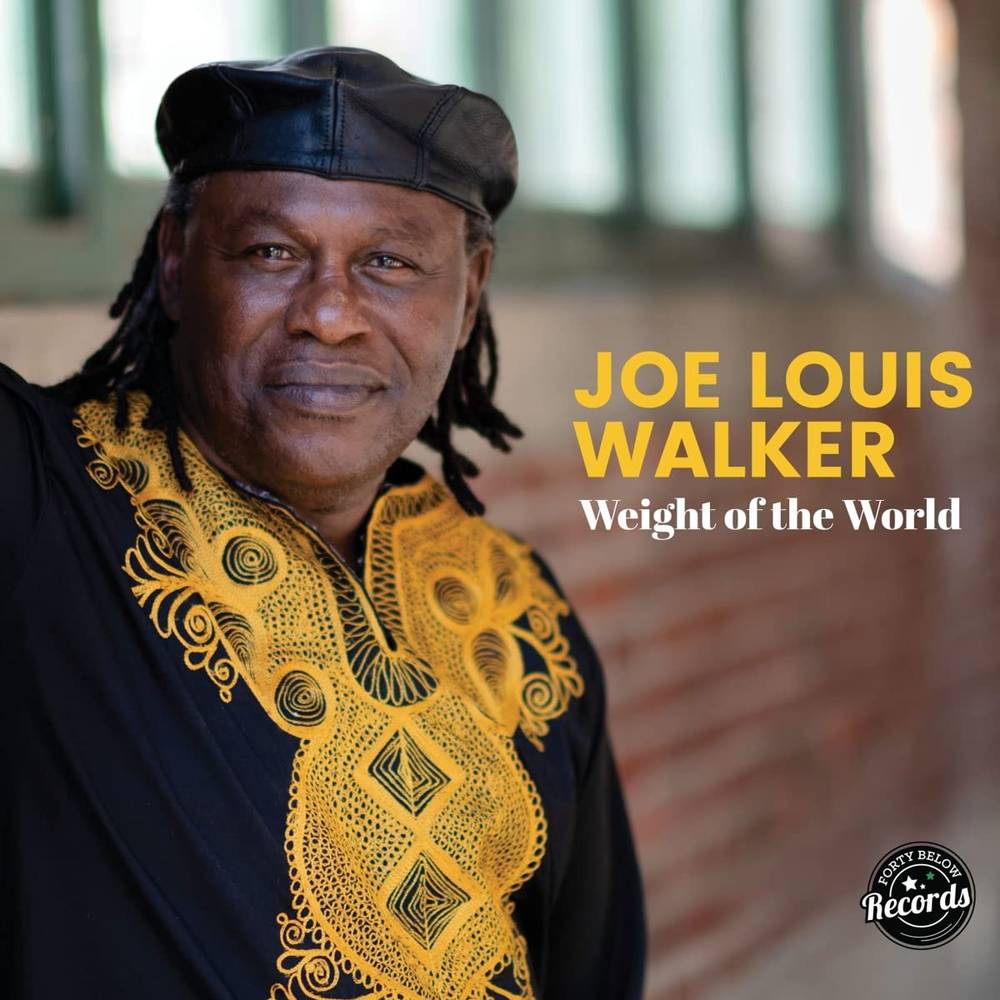 Forty Below Records releases Weight of the World, the new album by award-winning Blues and Roots musician Joe Louis Walker. A Blues Hall of Fame inductee and six-time Blues Music Award winner, NPR described Walker as "a legendary boundary-pushing icon of modern blues." His 2015 release, Everyone Wants a Piece, was nominated for the Contemporary Blues Grammy. In addition, Walker dueted with B.B. King on his Grammy Award-winning Blues Summit album and played guitar on James Cotton's Grammy-winning album Deep in the Blues. Recorded with Producer Eric Corne (John Mayall, Walter Trout, Sugaray Rayford), Weight of the World showcases the depth of Walker's influences and the prowess with which he commands different genres; be it Soul, "The Weight of the World," "Is it a Matter of Time," "Don't Walk Out That Door," Gospel, "Hello, it's the Blues," Funk, "Count Your Chickens," New Orleans 2nd line, "Waking Up the Dead," Indie Blues "Root Down," Rock N Roll, "Blue Mirror," Contemporary Blues, "Bed of Roses," or Jazz, "You Got Me Whipped."It's a compelling album that displays a master at the height of his game. They say Roots musicians age like fine wine, which certainly rings true with Walker. Weight of the World is a resounding statement and quite possibly the beginning of the greatest chapter of a storied career.