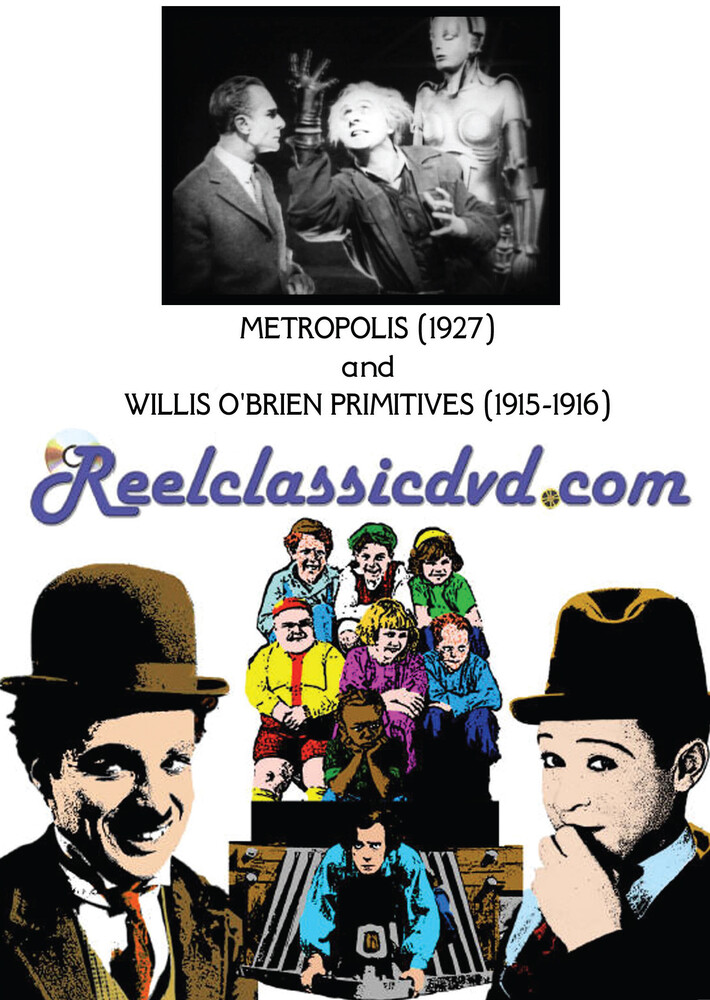 METROPOLIS starring Gustav Frohlich, Brigitte Helm, Rudolf Klein-Rogge and Alfred Abel. Directed by Fritz Lang. An outstanding motion picture portrayal of life in the future as envisioned by Fritz Lang and Thea von Harbou. Full of amazing sets and imaginative special effects, METROPOLIS tells the story of the privileged leaders of the city and the monotonous, dangerous and burdensome daily life of the repressed workers. When the mad inventor, Rotwang, creates a robot to replace the living workers, the master of Metropolis directs the robot to wreak havoc among them. Our version is the 94 minute standard American release as presented by Essex Films, with original titles and translations created by Bob Lee. For years this version has been highly prized among the film collecting community and this is the only authorized DVD release. Original music score composed and performed by Stuart Oderman. From a glimpse of the distant future, to a glimpse of the distant past... WILLIS O'BRIEN PRIMITIVES "The Dinosaur and the Missing Link" (1915) "R.F.D. 10,000 B.C." (1916) "Prehistoric Poultry" (1916) Long before his outstanding special effects work on such landmark films as THE LOST WORLD, KING KONG and MIGHTY JOE YOUNG, Willis O'Brien was already fascinated by animation and prehistoric life. In these three charming short comedies, we see cavemen interacting with dinosaurs and other primitive life through the use of O'Brien's stop-motion technique. A fascinating look at what was yet to come in the career of a true film pioneer. Presented with vintage jazz music scores.