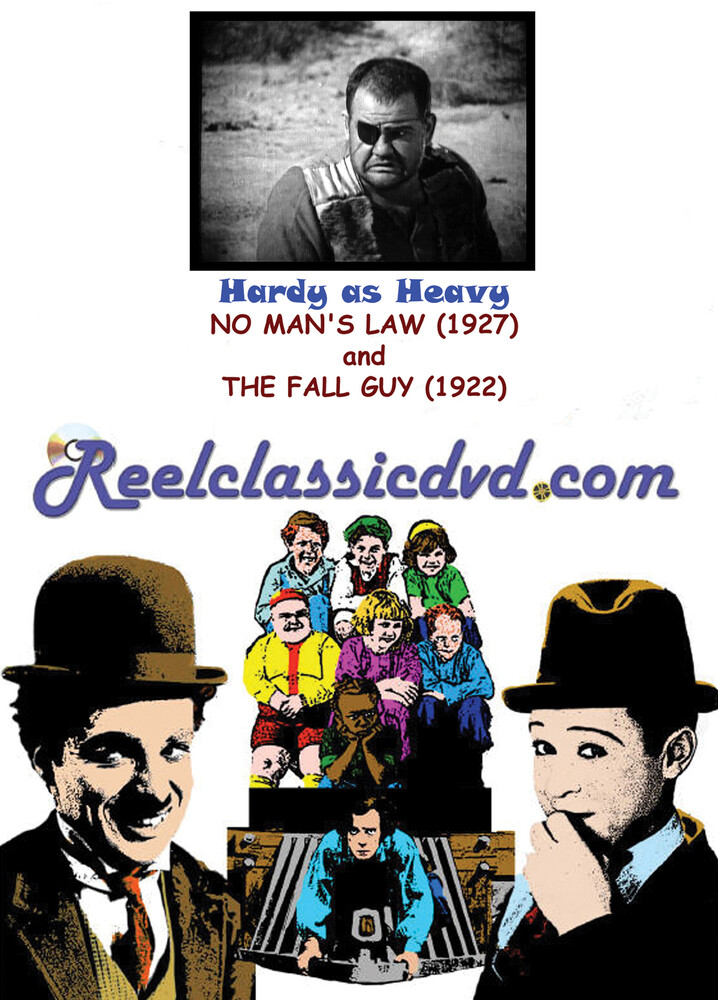 HARDY AS HEAVY (aka "Bad Guy Babe") Oliver "Babe" Hardy is, of course, best known and most famous for his starring films with Stan Laurel. However, for over a decade before his teaming with Stan, Hardy had already enjoyed quite an extensive career in motion pictures, having appeared in some 300 films. He was often cast as "the heavy" (read: villain) and was one of the most prolific character actors of the silent era. And yet, no matter how much make-up (or lack thereof), or how his appearance was altered for a role - the telltale mannerisms of this consummate professional always shone through. THE FALL GUY is a Vitagraph slapstick "two-reeler" starring Larry Semon that's a fine example of the kind of scene-stealing foil that was Hardy's stock and trade - especially in Semon comedies. Hardy plays a bullying "root-beer hound", replete with top hat, frock coat and handlebar mustache. He has several encounters with auto-challenged simp Semon - all within a western town setting - which makes an appropriate opener for the accompanying feature... NO MAN'S LAW is an unusual and ambitious Hal Roach production. A "five-reeler" - starring "Rex - The King of Wild Horses". The film is a rather hard-edged western (with comic undertones) which serves mostly as a character driven drama. Hardy is at his most scruffy and black-hearted as a wanted desperado who, along with a partner, is on the run. Hardy (who was only months away from his full blown teaming with Stan Laurel) is at his scenery-chewing best in this vehicle, facing off all the principals (including James Finlayson as a prospector and Rex the horse to boot!) Nowhere will you find a more nefarious Ollie than in this daring and imaginatively photographed western.