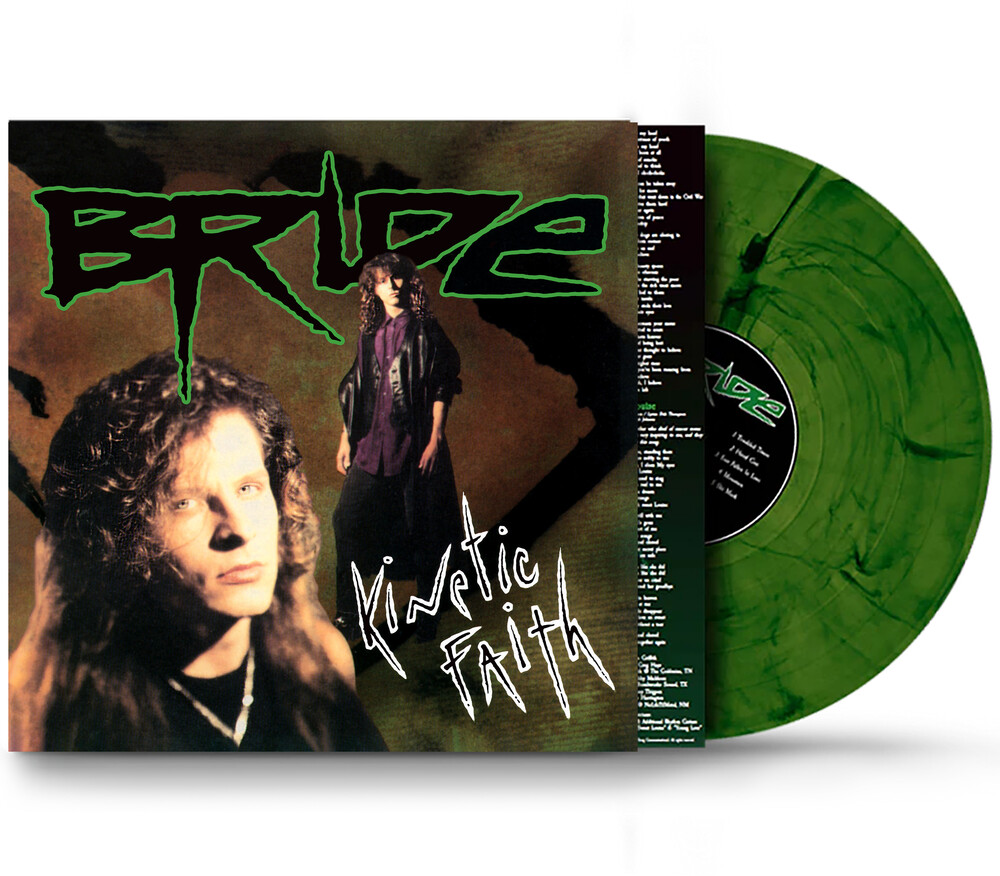 Kinetic Faith was Bride's fourth album released in 1991, making this the 30th anniversary edition of this iconic album. It has been completely remastered, and is now available on CD and marks the first time this elite album has been available on vinyl. Looking back at this iconic album, it was not the thrash album that many thought would come on the heels of Silence Is Madness, but more of a straightforward hard rock and commercial metal album in the vein of Aerosmith, Guns N' Roses, and Mötley Crüe. This was not a bad thing at all. For many it is the album that many call their defining moment. It opened Bride up to a wider audience, and it probably is why so many loved this album who were not big fans of their first three albums. It is also the reason why they won a DOVE AWARD for "Everybody Knows My Name."Dale Thompson's controlled vocals and "even" approach with raspy and blues flavored parts became his signature sound. Troy Thompson incorporated bluesy licks, and the songs are anchored by the tight rhythm section of bassist Rick Foley and drummer Jerry McBroom. Rob Johnson also plays some lead and rhythm guitar parts as a guest musician. "Everybody Knows My Name," "Hired Gun, "Mountain," and "Ever Fall in Love" all feature an acoustic-laced hard rock sound, while "Troubled Times" and "Ski Mask" move in a more guitar-driven direction. "Ever Fallen in Love" and "Young Love," deliver up-tempo hooks, and "Sweet Louise," is an acoustic based rock and roll ballad that went down in history as one of Christian rock's best bluesy ballads.