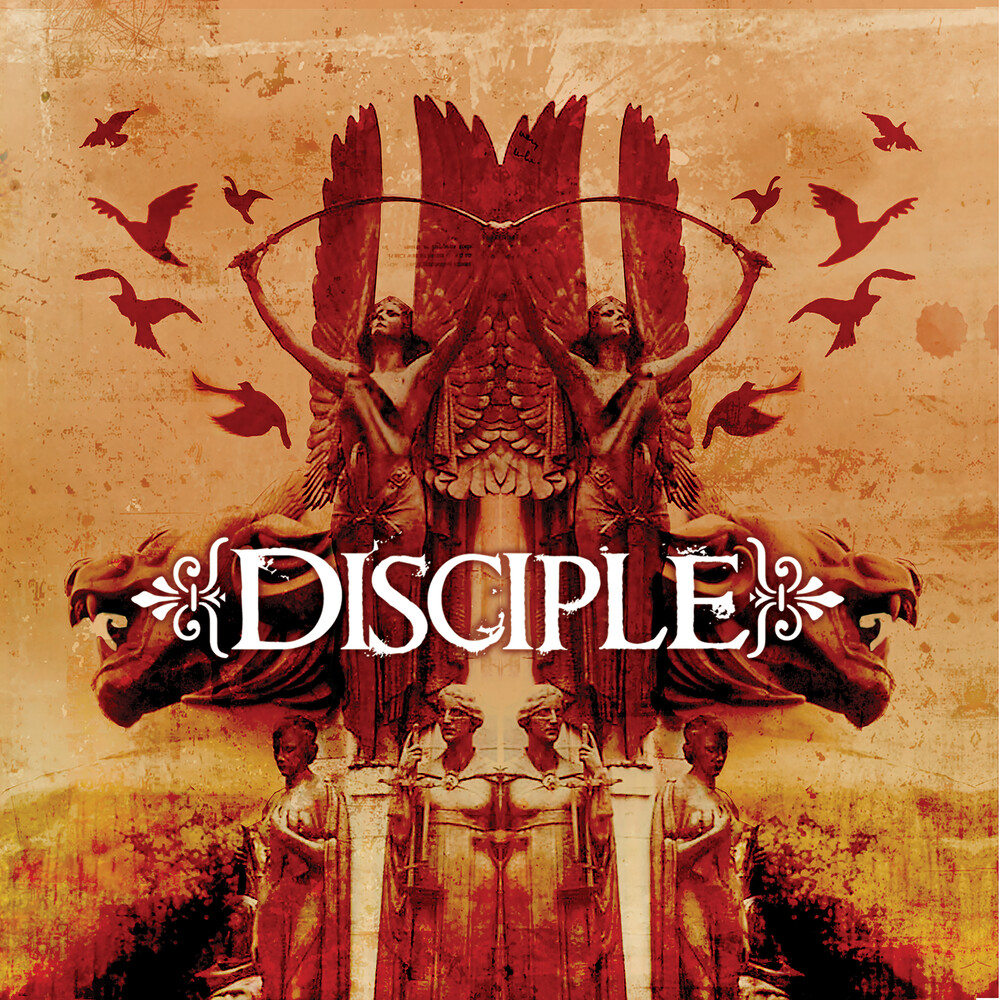 If Christian Rock had muscle, this would be it. Stadium Arena Rock guitar riffs, anthem choruses, and stomping drums with passionate lyrics that proclaim a message of hope. Disciple stuffs their self-titled record with muscle, both sonically and emotionally. Huge riffs and even bigger choruses that bounce around in your brain will have you rolling down your car windows and singing at the top of your lungs... "Here we come now, we're 'bout to rise up. All of my people, we're bout rise up" Disciple (self-titled) is the bands 5th album released in 2005. When the single "The Wait is Over" was released, it broke several records in Christian music, including the longest spot at No. 1 on the R&R Charts. The album went on to receive 2 Dove Nomination in 2006 for Rock Album of the Year and Rock Recorded Song of the Year for "The Wait Is Over" It it one of the best Christian rock albums you will hear front to back. First time on Vinyl (Champaign colored) with printed inner sleeve with lyrics and is part of the Limited Run VinylT