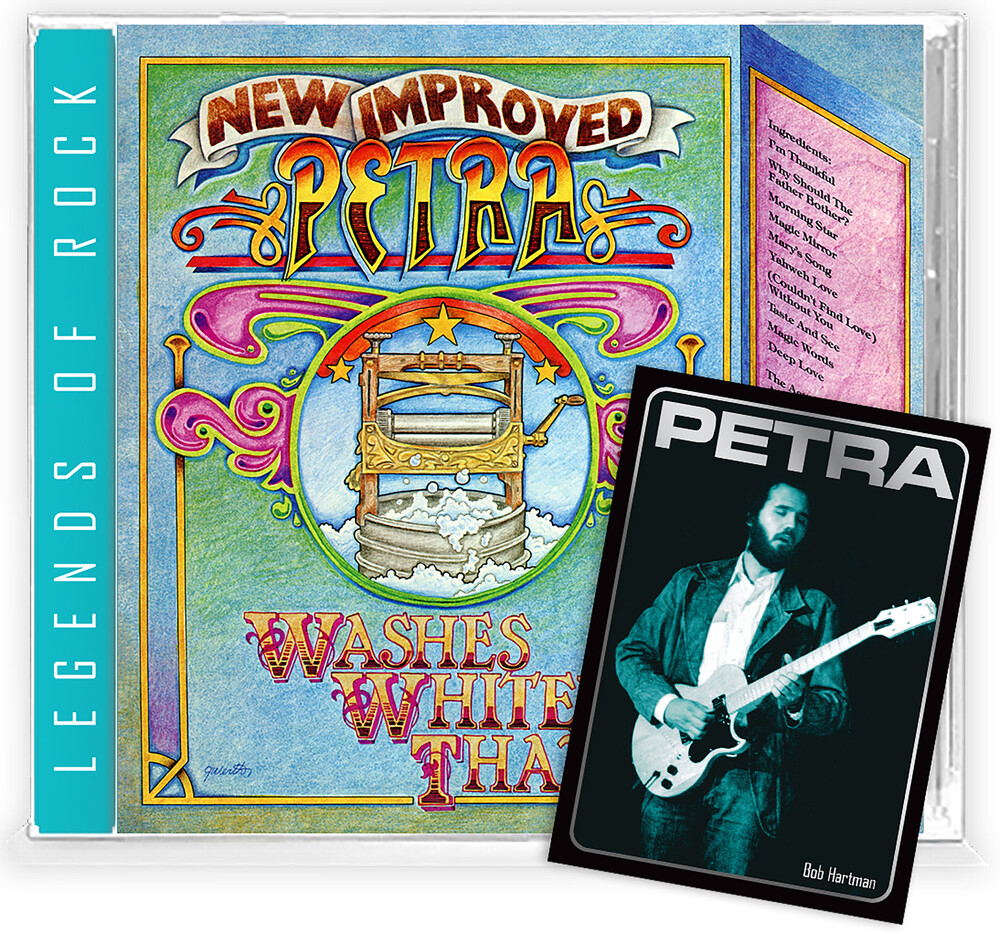 First Time Complete Album is Available On CD! Remastered from Original Sources, 8 Page Booklet with photos & lyrics, Dynamic Remaster by Rob Colwell of Bombwoks Sound. Includes Limitied Edition Trading Card #62. Originally Released in 1979. Legends of Rock Edition. 2022 Girder Records, GR1092. Washes Whiter Than was Petra's 3rd album and introduced us to Greg X. Volz. It also introduced us to Rob Frazier and if you've been following our Legends of Rock series, you'll know that we released remastered CDs of both of Rob's first two solo albums. Both Rob and Greg handled lead vocals for the album and even sang on both "I'm Thankful," as well as "Yahweh Love." The band was intentional about creating a soft radio friendly album as their two previous albums were too hard/heavy for Christian radio in the 70s which was mellow. Thankfully, songs like "Morning Star" and "Magic Words" still rock, and musically it is a masterpiece and holds it's rightful place among other albums. The album art was pretty cool too, originally created to look like a soapbox thanks to George Werth. Although there was no song called Washes Whiter Than, we clearly knew after listening to it, that Jesus washes our sins away.