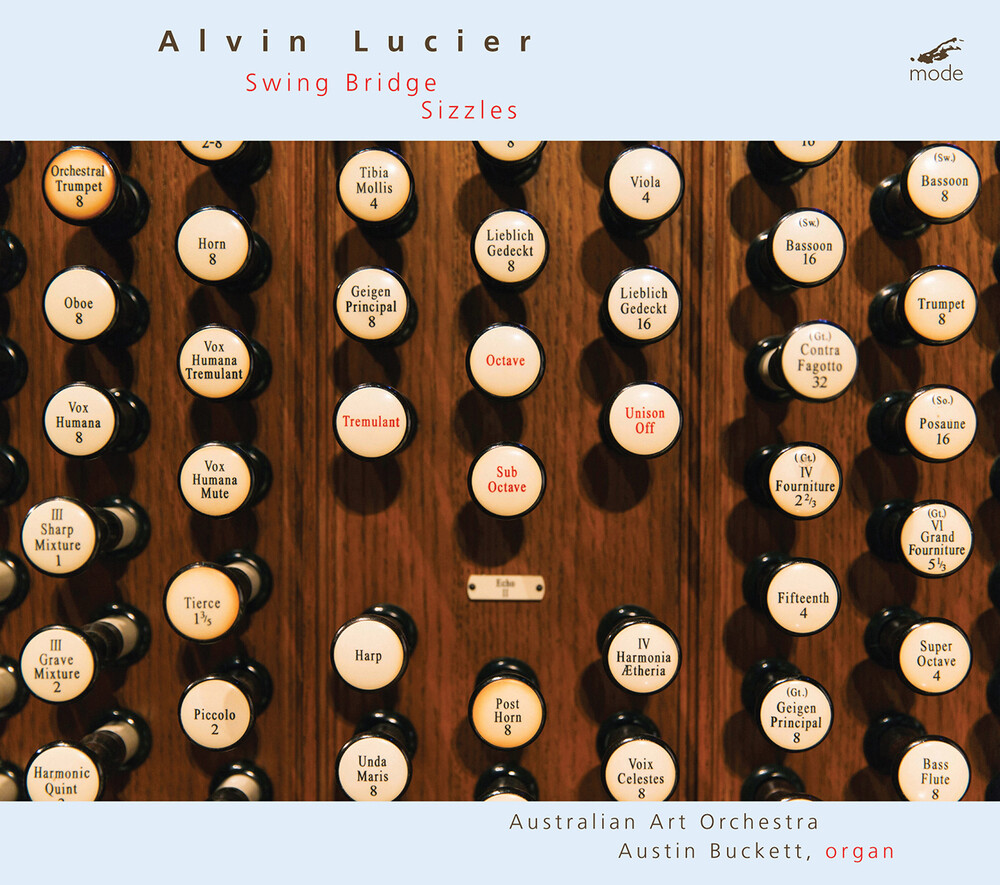 This release brings together two works by Alvin Lucier centered on the pipe organ, a perfect instrument for Lucier's compositional practice. Both are first recordings. "Swing Bridge" was commissioned by this record's ensemble, the Australian Art Orchestra, for the Melbourne Town Hall Grand Organ. The score requires that specific pipes be removed from the organ and run into three specially constructed offset chests, each accommodating two pipes (six pitches total). These pipes are manipulated by three or more performers, known as 'pipe wavers.' This music explores the phenomenon of the organ making it's operation performative and visceral. We hear the way the energy produced by the organ 'sounds' the space in which the music was performed and recorded, and, for those who witnessed the performance, we experienced the physicality of air moving through pipes as the wavers shifted the tuning of each pipe microtonally with their hands. This is conceptual work of the highest order but it is also sensual, beautiful, and engrossing, with the textures of the ensemble woven into the pulsations produced by the organ and the resonances of the room. For "Sizzles" the composer writes: "Drums of various sizes are randomly placed throughout the performance space. Fine materials such as lentils, chickpeas, and candy hearts are sprinkled on the drumheads. As low organ tones are sounded, the skins of the drums vibrate sympathetically, causing the drums to sound and the material to move. Each drum is individually amplified with a contact or air microphone and a separate amplifier."