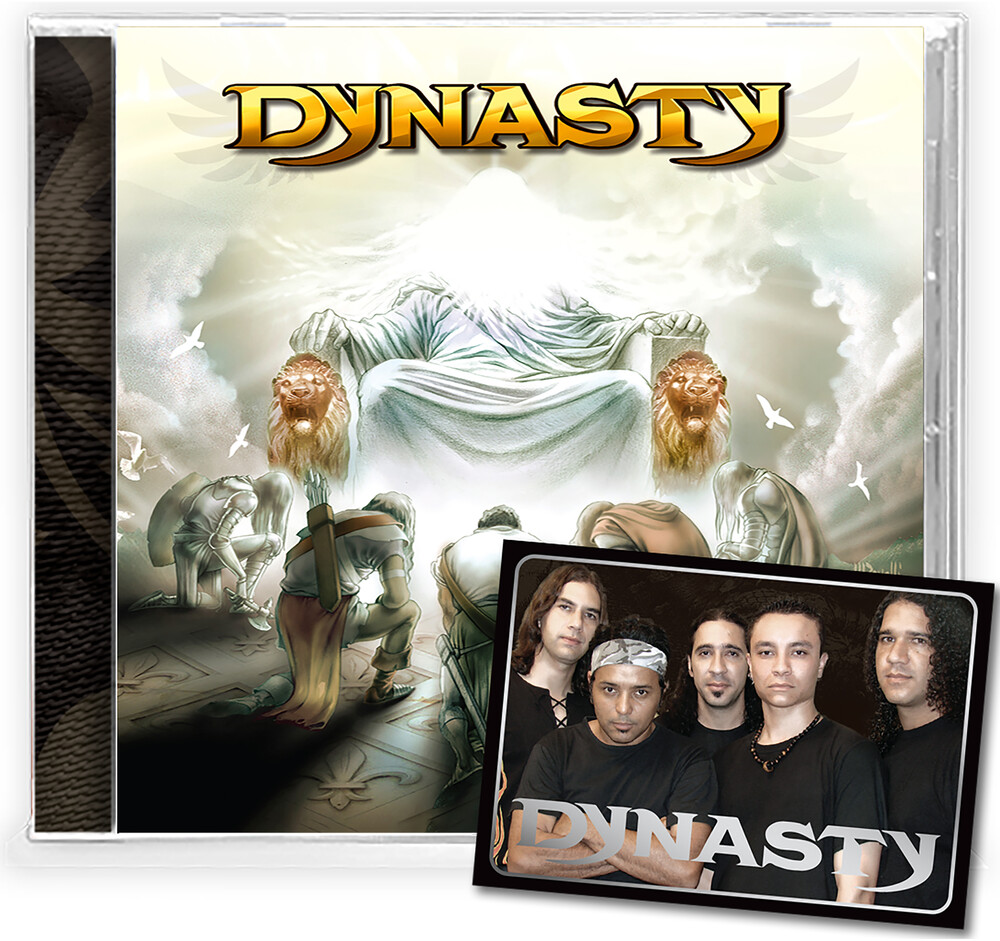 Dynasty is well known Power Metal band in Brazil however in American and throughout the rest of the world they have flown under the radar as no product ever found it's way to the states, but, we are about to change that. Let me first say to you, anyone that knows this band knows the elite level of skill that these 5 guys possesses. When you listen to the first song on their first album from 2004 you'll wonder how you missed these guys... and it only gets better after that. Warriors of the King is a superb Power Metal album on par with Rob Rock, Theocracy, Angra and other power metal greats. Technical guitar is in abundance and YES, all the lyrics and vocals all in English. Trust me when I say that these guys are worthy of the coveted Girder treatment. For the first time ever, their 3 full length albums will be made available in American. However we also included bonus tracks are all 3 albums. The first album Motus Perpetuus, (2004) which simply means Perpetual Motion includes the bands' Following the Sign 3 Song EP from 2001. Step By Step (2017) contains 15 songs, 5 of which are bonus track as originally released in Brazil and Warriors of the King (2010) includes an amazing cover of Holy Solider - See No Evil and 4 bonus tracks one of which features Josh Kramer of Christian Metal band Saint. Warriors of the King is the band's second full-length and until now only available in Brazil. The album has been completely remastered and includes 4 bonus tracks, one with Josh Kramer of SAINT on vocals. If you love power metal bands like Hammerfall, Blind Guardian, Angra and Kamelot, you are going to love this elite power metal album. Songs like Warrior of the King are fast and furious with ripping thunderous guitar and gooves that will wet your appetite for more. However make no mistake about it, this is full of hope, honor, and glory with songs like Warriors of the King, Holy Fire. However one of their better moments can be found on the song Brighter of the Sun. It's got all the makings of an epic metal song.