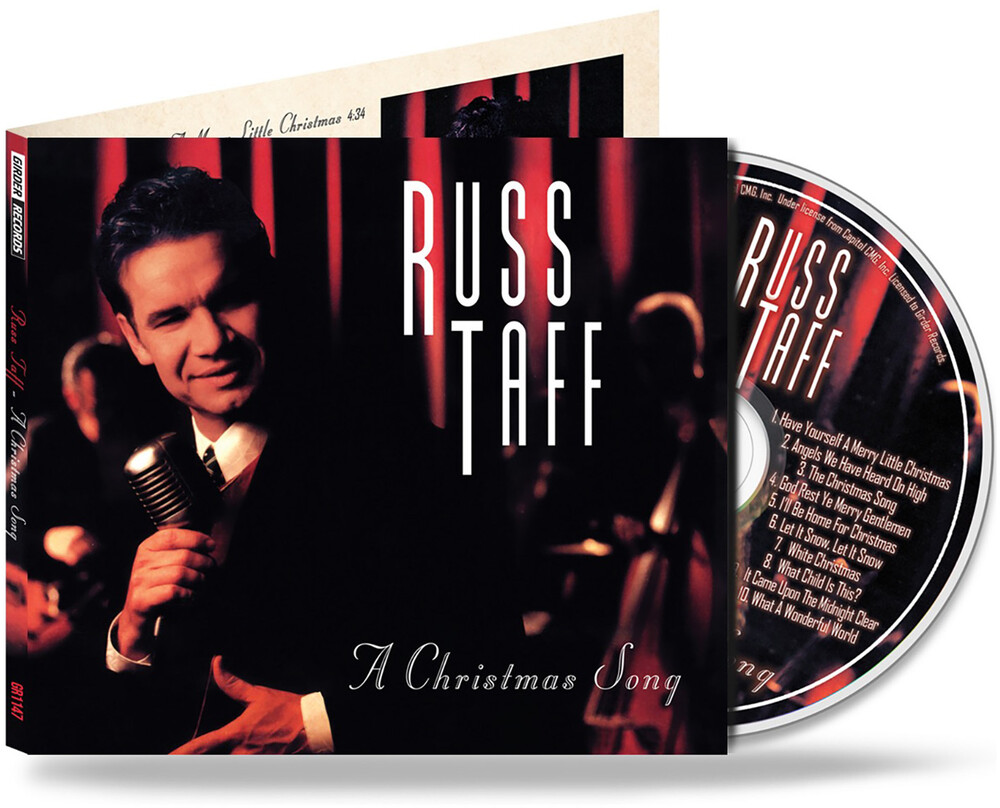 DISC: 1
1. Have Yourself A Merry Little Christmas
2. Angels We Have Heard On High
3. The Christmas Song
4. God Rest Ye Merry Gentlemen
5. I'll Be Home For Christmas
6. Let It Snow, Let It Snow
7. White Christmas
8. What Child Is This?
9. It Came Upon A Midnight Clear
10. What A Wonderful World

30th Anniversary of this amazing Christmas classic from former Imperials vocalist and solo artist extraordinaire, Russ Taff. Out of print for years. It peaked at number six on the Billboard Top Christian Albums chart. A Christmas Song, the holiday album from Russ Taff, is a smooth blend of big band and jazz, offering song after song reminiscent of classic holiday movies including White Christmas. The 1992 project, released by Sparrow Records, carries the feeling of a holiday season of the past, transporting listeners back to the 1930s and 1940s. Tracks include "I'll Be Home for Christmas" and "Let It Snow, Let It Snow." - A Christmas Song. A CHRISTMAS SONG, IS BETTER THAN YOU THINK... WAY BETTER! One of the best Christmas albums on the market has been re-issued and repackaged by Girder. An holiday journey of 10 of the best songs done right, by one of the best vocalist to ever grace us with his presence, Russ Taff. "It's hard to express how great this album really is"