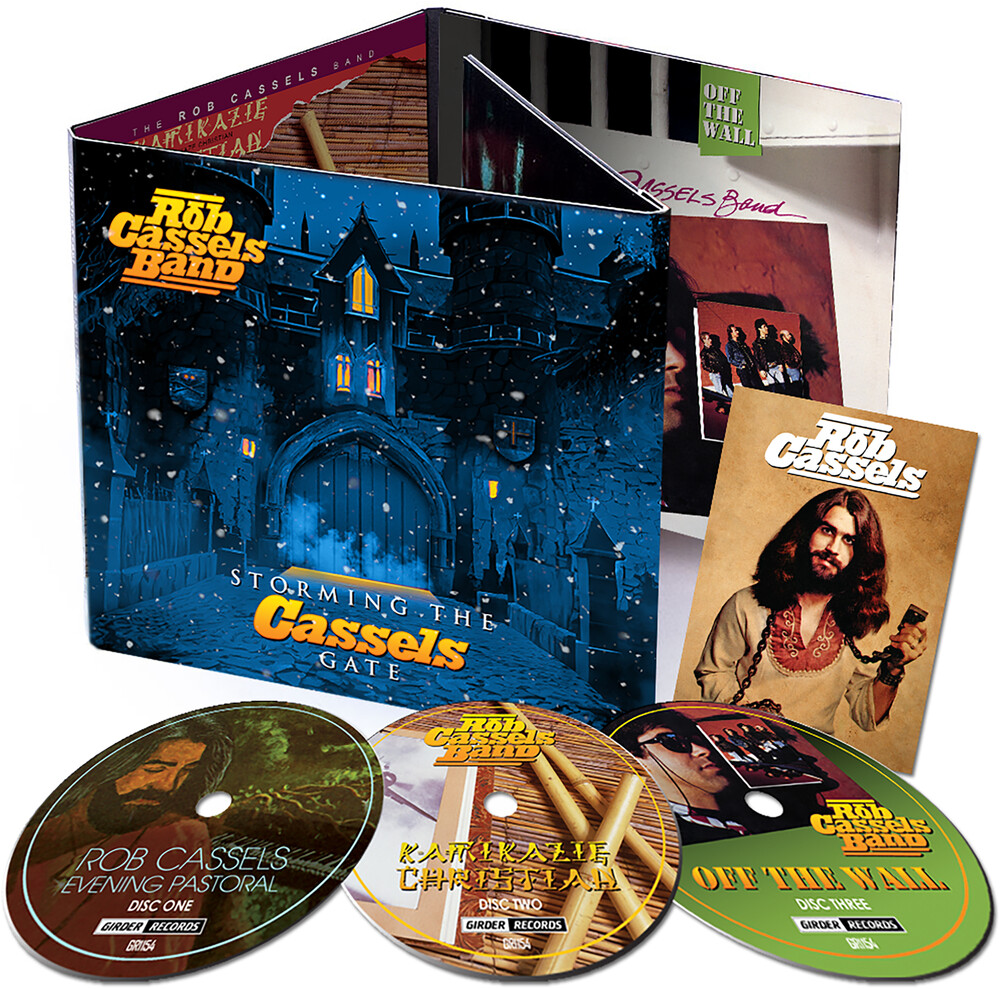 Evening Pastoral (DISC ONE) is Rob's first album, released in 1979. Blues, jazz, Prog, and Southern Rock. The album, which few have heard and has long been considered a rare gem by collectors, featured a young Steve Morse on guitar. Morse had just launched The Dixie Dregs, and would eventually go on to play with Kansas, Deep Purple, and Flying Colors as well. But back in '77 he was still just getting started with The Dregs, and with Morse's help, Cassel's passion, and the growing community forming around the music and the mission, Evening Pastoral was a solid debut that sparked bigger things for Rob and his friends. Kamikaze Christian (DISC TWO) was their second album recorded in 1982 and is more rock oriented). Although clinging to their "Southern Boogie" roots, Kamikaze leaned harder into the emerging hard rock sound that bands like Van Halen and Aerosmith were taking to FM radio and MTV. The album's single, "You Think I'm Crazy" played off the questions bystanders might ask about the seemingly illogical actions of someone caught up in the transformational power of love. Youth group kids relished the opportunity to own the craziness of radical faith, while Cassels found mainstream audiences receptive as well. Off The Wall (DISC THREE) In 1987 the band released an even more fully produced, and carefully conceived album called Off The Wall. The title track referred specifically to an inmate having his life changed by reading John 3:16 on his cell wall. The album may have seemed even more aggressive to mainstream Christian rock fans at the time, but the band knew who their audience was, and it was increasingly not church folks. 5 New Bonus Tracks (Also on DISC THREE) Five newer songs are included in this collection. "The Lord's Prayer," which features guitar work by both Morse and John Pickens of The Marshall Tucker Band, came to Cassels in a sort of vision and includes a 32-voice children's choir. "The Father In Me" was written for Cassel's daughter's wedding. "Cry Of My Heart" brings back the old-school blues shuffle, "The Right Road" is a guitar explosion, and "He Be Coming Back" slows things down a bit, bringing in some of the older, B3-laced, psych-rock groove of Cassel's roots. These newer songs, though tracked over thirty years later than the other songs in this collection, feel right at home.