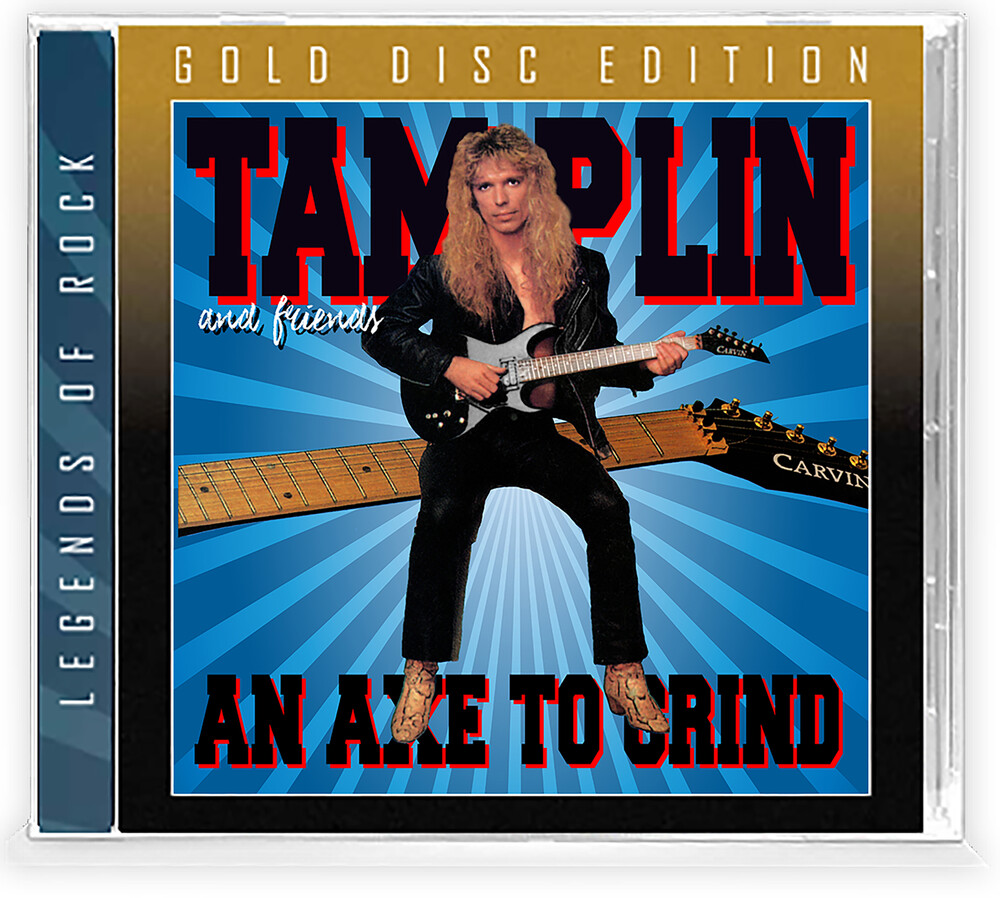 While many fans and critics have often touted Ken's work with Shout (In Your Face) and Magdallan (Big Bang) as his best releases, the series of "solo" albums he released between 1990 and 1995 were quite impressive as well, particularly the self-titled album in 1993 and this gem An Axe to Grind, which was originally released in 1990 under the moniker of Ken Tamplin & Friends. We have included 3 addl. Bonus tracks which will now come on this Gold Disc CD along with a 12 page booklet in Jewel Case format. The Vinyl will include as many songs as we can possibly fit on it. One this is for certain it will be a translucent blue with white/black splatter and will come with lyrics liner notes and a wonderful write-up from our friend Johnathan "Doc" Swank.  Both the CD and Vinyl are going to be treasures to own and your speakers are about to explode. To fans of Christian hard rock and melodic metal from the late 1980's and early '90's Ken Tamplin needs no introduction. His extremely dynamic vocal range and powerful delivery, combined with his ability to produce smartly constructed and lavishly mixed compositions, resulted in memorable music - music which certainly raised the quality meter to the highest levels within the Christian market at the time and simultaneously garnered credibility for Christian hard rock and melodic metal worldwide. Most critics would agree An Axe To Grind was his most diverse record to date when it was originally released in 1990 and the talents he employed were quite remarkable (Lanny Cordola along with new sensation Scott Van Zen on guitars, Chuck Wright on bass, Roger Mielke on keyboards and Ken Mary on drums - among others). Furthermore, many of the musical ideas and styles on Axe later showed up in some form or another on the legendary Big Bang album. In that regard, the songs here stand up well on their own merit - have held up well over time - and are therefore rightfully deserving of new life and a fresh listen as part of Girder Records Legends Of Rock series.