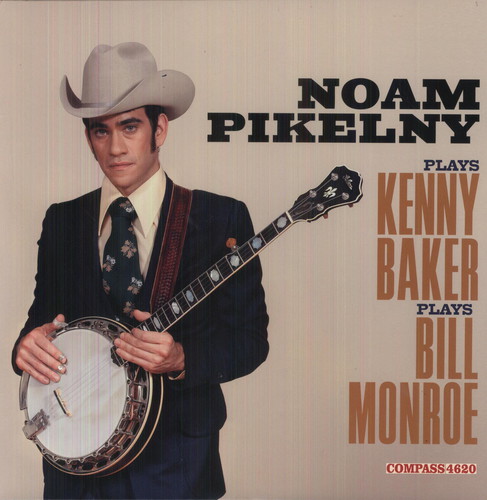 Limited 140gm vinyl LP pressing. Noam Pikelny PLAYS KENNY BAKER PLAYS BILL MONROE is the Grammy nominated banjoist's third recording for Compass Records. It follows on the heels of 2011's Grammy-nominated Beat the Devil and Carry a Rail. Upon release, the album hit both the Billboard Top Heatseekers and Bluegrass album charts and was the focus of a Funny or Die parody video starring Pikelny with appearances from Steve Martin, Ed Helms, Earl Scruggs, Chris Thile, Gillian Welch, and others. Pikelny is also the inaugural winner of the 2010 Steve Martin Prize for Excellence in Banjo and Bluegrass which earned him an appearance on the Letterman Show. Pikelny will be on tour throughout the year in support of the album with a band that includes Byran Sutton (guitar), Jesse Cobb (mandolin), Barry Bales (bass), and Luke Bulla (fiddle).