The Brother Brothers - Some People I Know | RECORD STORE DAY 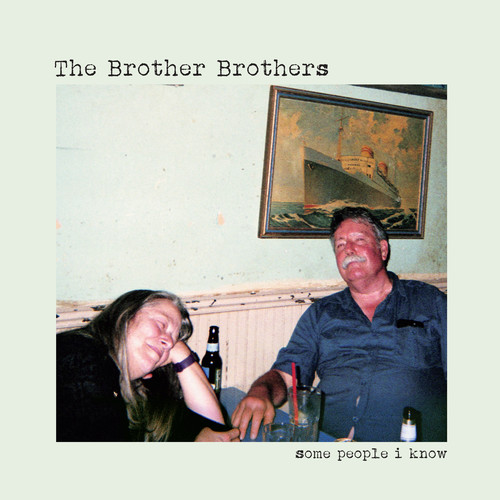 2018 release. Identical twins Adam and David Moss of The Brother Brothers bring their blood harmonies and real-life observations to carry on the folk tradition for a new generation. With minimal instrumentation, meaningful lyrics, and their incredible harmony blend, the siblings draw on the energy and creativity of Brooklyn, New York, for their full-length debut album, Some People I Know. Growing up in Peoria, Illinois, they sang along as children to their father's record collection of the Kingston Trio, the Everly Brothers, the Beatles, and the Beach Boys. After earning music degrees at the University of Illinois in Urbana-Champaign, the brothers set off on separate musical journeys. This project emerges from the number of years the brothers traveled across the country, both separately and together, playing in other ensembles and sometimes settling in separate cities. Reunited in Brooklyn, they were soon accepting invitations to open tours with Sarah Jarosz and Lake Street Dive. They'll join I'm With Her for an extensive fall 2018 tour.