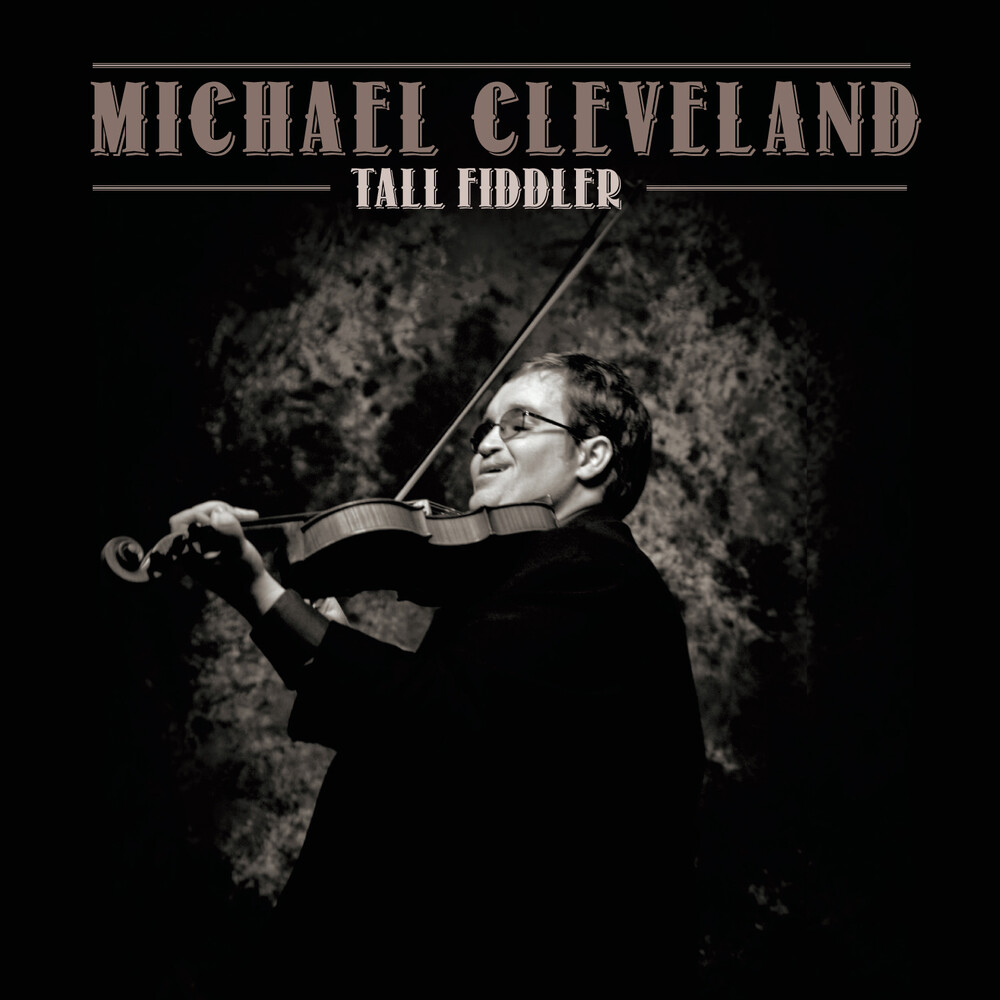 "It's obvious he was destined to become one of Bluegrass's contemporary stars." -Boston Globe "Michael Cleveland is as versatile as they come, but when it comes to straight-up bluegrass, whether it's a 'bootstomper' or a high and lonesome lament, his peers are few and far between" -All Music Guide "He takes no prisoners but he plays with a restraint and a soul. He plays without abandon." -Vince Gill Featuring Special Guests: Sam Bush, Jerry Douglas, Tommy Emmanuel, Bťla Fleck, Del McCoury, Tim O'Brien, the Travelin' McCourys, and Dan Tyminski "Untouchable." That's how Vince Gill describes the playing of bluegrass fiddler Michael Cleveland in the inspiring documentary about the GRAMMY-nominated musician's life, Flamekeeper: The Michael Cleveland Story. On his new album TALL FIDDLER, Cleveland lives up to Gill's lofty praise, showing off the verve, dexterity and intensity that have made him one of the most transfixing performers today - of any genre. It's that crossover appeal that distinguishes TALL FIDDLER, a record that blends string-music with country, jam-grass with folk, and is geared to introduce Cleveland-who, as he talks about in the Flamekeeper film, overcame partial deafness and being born blind-to a wider audience. Yes, bluegrass may be the Indiana native's first love, but on this album, Cleveland rocks. His masterful playing attracts an all-star roster of guests on TALL FIDDLER. No less than Del McCoury, a pillar of bluegrass, appears on the album, singing "Beauty of My Dreams" (Cleveland's favorite Del song) with Flamekeeper vocalist Josh Richards. Elsewhere, Dan Tyminski harmonizes with Richards on the chugging "Son of a Ramblin' Man" and the gorgeous "Mountain Heartache," also featuring Jerry Douglas on Dobro. Tim O'Brien and make appearances too, helping flesh out an album that, while a collaborative effort, is guided by the gifts of Michael Cleveland. It can also be tempting to sum up his playing as effortless. But that'd be selling the musician short. His journey to a GRAMMY-nomination and a record-setting 11 wins as Fiddle Player of the Year by the International Bluegrass Music Association, among other IBMA honors, only came through hard work and indomitable spirit.