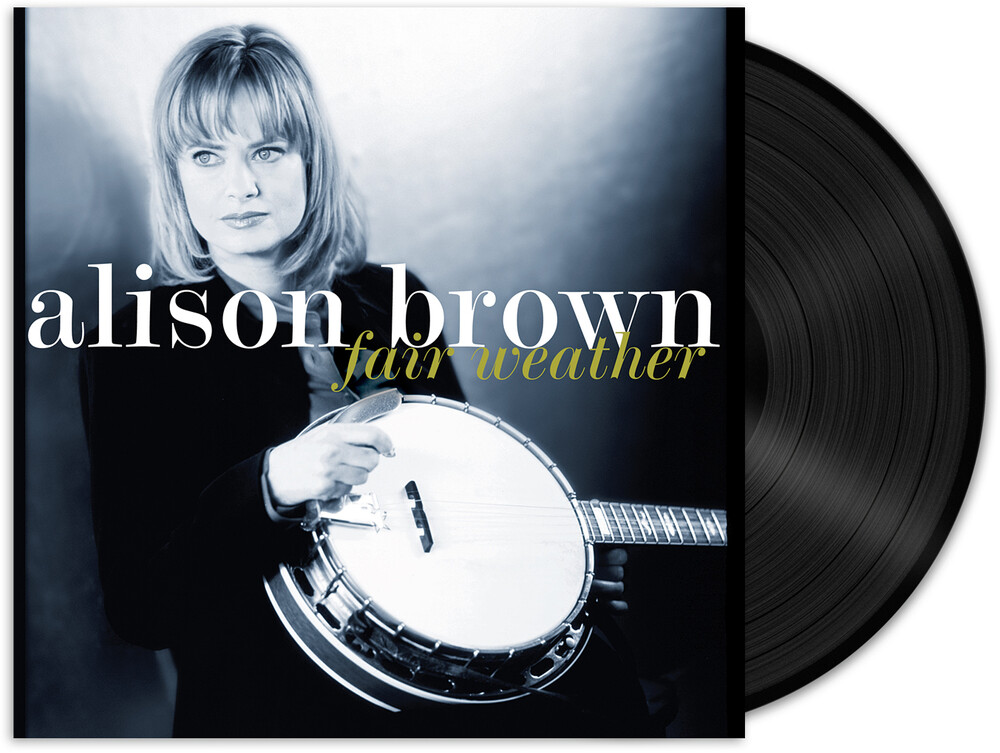 "Like James Taylor's voice or B.B. King's guitar, Alison Brown's banjo is an instrument possessed of a unique sonic signature and an inescapable beauty." -Billboard Magazine

Alison Brown's 2000 classic album celebrates it's 20 year anniversary with a limited release vinyl. Joined by special guests including Tim O'Brien, Claire Lynch, Vince Gill, Sam Bush, Stuart Duncan, David Grier, and featuring the Grammy Award-winning track "Leaving Cottondale," with Béla Fleck, FAIR WEATHER heralded Alison Brown's return to her bluegrass roots with stunning results. Over the course of the album's 12 tracks, Brown plows through hard-charging breakdowns, minor-keyed newgrass, solo-banjo lullabies, and everything in between. Vince Gill sings the bright title track and Claire Lynch handles vocals on the delightful "Hummingbird." Covers of Elvis Costello's "Everyday I Write the Book" (sung by Bush) and Fred Neil's "Everybody's Talkin'" (sung by O'Brien) lend themselves well to a bluegrass treatment and are complimented by the likes of "Shake and Howdy," an intricate, classically tinged instrumental featuring Darol Anger and Mike Marshall. The unifying musical core of it all is Brown's compositional sense and mesmerizing banjo work, with the melodic, harmonic, and rhythmic possibilities of her banjo always front and center Brown has received four GRAMMY nominations for her solo recordings and a GRAMMY award in 2001 for Best Country Instrumental Performance as well as the International Bluegrass Music Association's award for Banjo Player of the Year. A former member of Alison Krauss and Union Station, Brown has been praised for her take on the traditionally Appalachian instrument which has earned her features on CBS Sunday Morning, NPR's All Things Considered and in The Wall Street Journal among others. In 2019, she became the newest five string banjoist to be inducted into the American Banjo Museum's Hall of Fame.