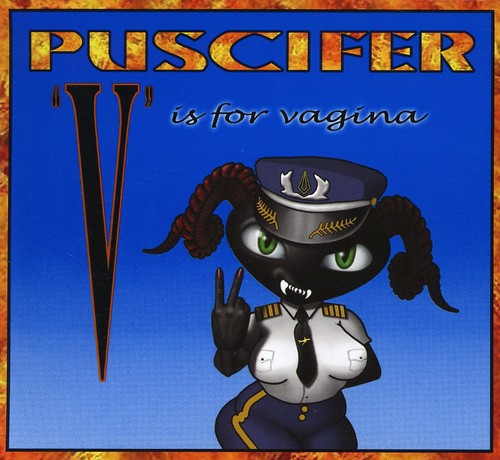 Tool frontman James Maynard Keenan's latest project, Puscifer, is about to drop its debut, V Is For Vagina, on October 30th. According to Keenan, Puscifer is"[his] creative subconscious . . . a playground for the various voices in my head."The album features such tracks as"Queen B,""DoZo,""Vagina Mine,""Drunk With Power,""The Undertaker,"and"Rev 22 20 Dry Martini."

''"V" Is for Vagina'' is the debut studio album by Maynard James Keenan's side project Puscifer, released on . The album features a significantly different, electronic sound and arrangements than Keenan's other bands: the progressive Tool and alternative A Perfect Circle. Keenan himself compared the sound of ''"V" is for Vagina'' to "driving around in your car listening to those old Motown hits, James Brown, and cool R&B stuff". ''"V" is for Vagina'' has sold 112,000 copies. - Wikipedia