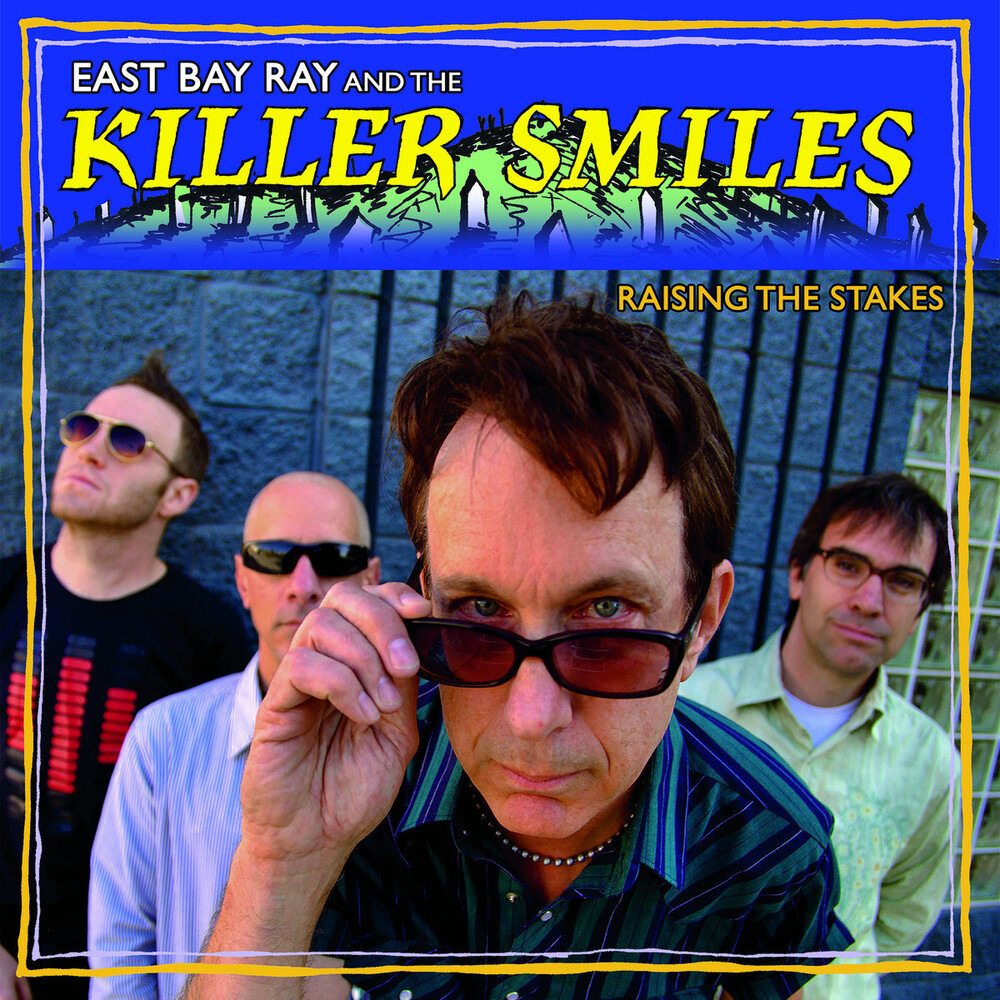 THE KILLER SMILES - RAISING THE STAKES

East Bay Ray of Dead Kennedys fame has fired back up his side project The Killer Smiles with Raising The Stakes, propping his signature surf/punk guitar riffs up against twelve brand new songs. The album doesn't waste any time, locking in the EBR guitar tone on the title track and establishing a high energy level, "You're Such A Fake" haunts with familiar delay and reverb effects that carry over to the leads of "Area 51," featuring a nice driving beat from drummer Steve Wilson. Wilson and Ray are joined with Greg Reeves and Ron "Skip" Greer, all showcasing the current Dead Kennedys touring line-up, and you can tell by how solid and cohesive the release is. The long desert rock of "The Runner" is no exception, and the slow number builds fantastically for four minutes. "It's Broken" is a great moment on the record, and a shining vocal watermark for singer Skip. "Lipstick Cherry Red" bleeds of influence from Butthole Surfers vocalist, and album producer Paul Leary, and "Safe and Sound" buries lead guitar parts with Clash level ska. "I'm A User" pays homage to the pop elements of a classic Rancid song, and is the catchiest song on the album. The Killer Smiles thoughtfully step in and out of different boxes throughout the record in a terrific way. "The Last Time You Failed" is a tremendous moment on the album, allowing Skip to establish a true writing identity that yanks him far away from just being "that guy from Wynona Riders that sings Jello's parts in Dead Kennedys."