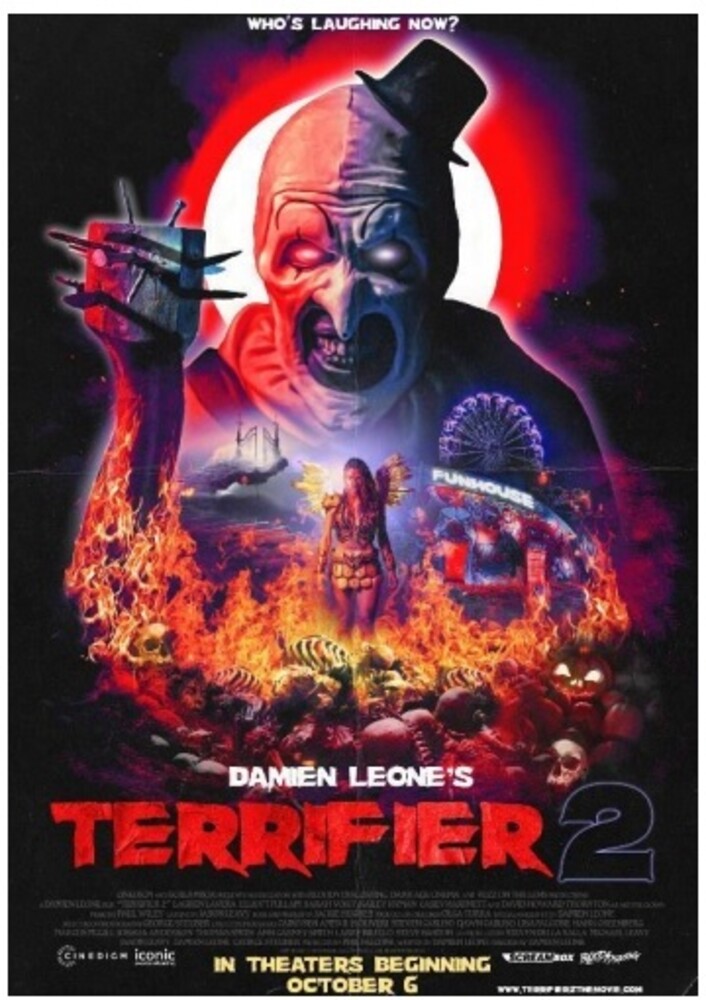 After being resurrected by a sinister entity, Art the Clown returns to Miles County where he targets a teenage girl and her younger brother on Halloween night. Written, directed, and produced by Damien Leone, it is a sequel to Terrifier (2016), and is the second film in the franchise. It features the return of David Howard Thornton and Samantha Scaffidi, who respectively portrayed Art the Clown and Victoria Heyes in the first film, and stars Lauren LaVera, Elliot Fullam, Sarah Voigt, Kailey Hyman, and Casey

Felissa Rose, known for Sleepaway Camp and Tales of Halloween