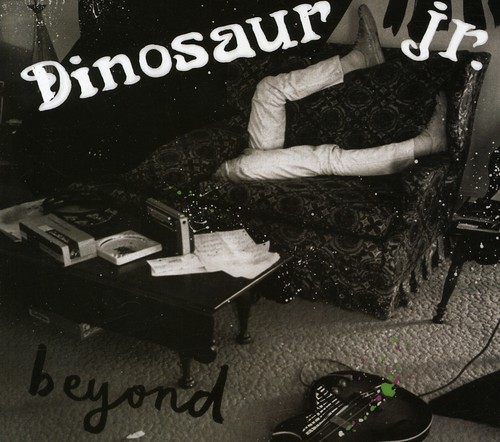 Although always as loud as god, it was easy to convince yourself the music of Dinosaur Jr. was far more passive than aggressive. Beyond is a monster of form. From the staggeringly paced guitar spew that opens"Almost Ready"to classic soft/throb dynamism of"What if I Knew,"Beyond is an exquisite slab of pure Dinosaur Jr.

''Beyond'' is the eighth studio album by the alternative rock band Dinosaur Jr. It is their first LP in a decade, and the first album by the original lineup since 1988's ''Bug''. The band planned a full world tour in 2007 to support the album. The band played ''Almost Ready'' on the ''Late Show with David Letterman'' to support their album.

''Almost Ready'' was used on the Major League Baseball 2K8 and Skate 3 soundtracks, and ''Pick Me Up'' is downloadable content for the Rock Band series.

A music video was made for ''Been There All The Time''. - Wikipedia

Wow, did anyone think it would last long enough for a new album? Out of all the big indie-rock reunions (Pixies, Dino Jr, Mission of Burma), Dinosaur Jr.'s seemed the least likely to succeed; the bitter enmity that broke up the band continued into Lou Barlow's songs in Sebadoh and interviews for Our Band Could Be Your Life. Yet here's Beyond, on Fat Possum of all labels, and there's even two Lou songs on it.