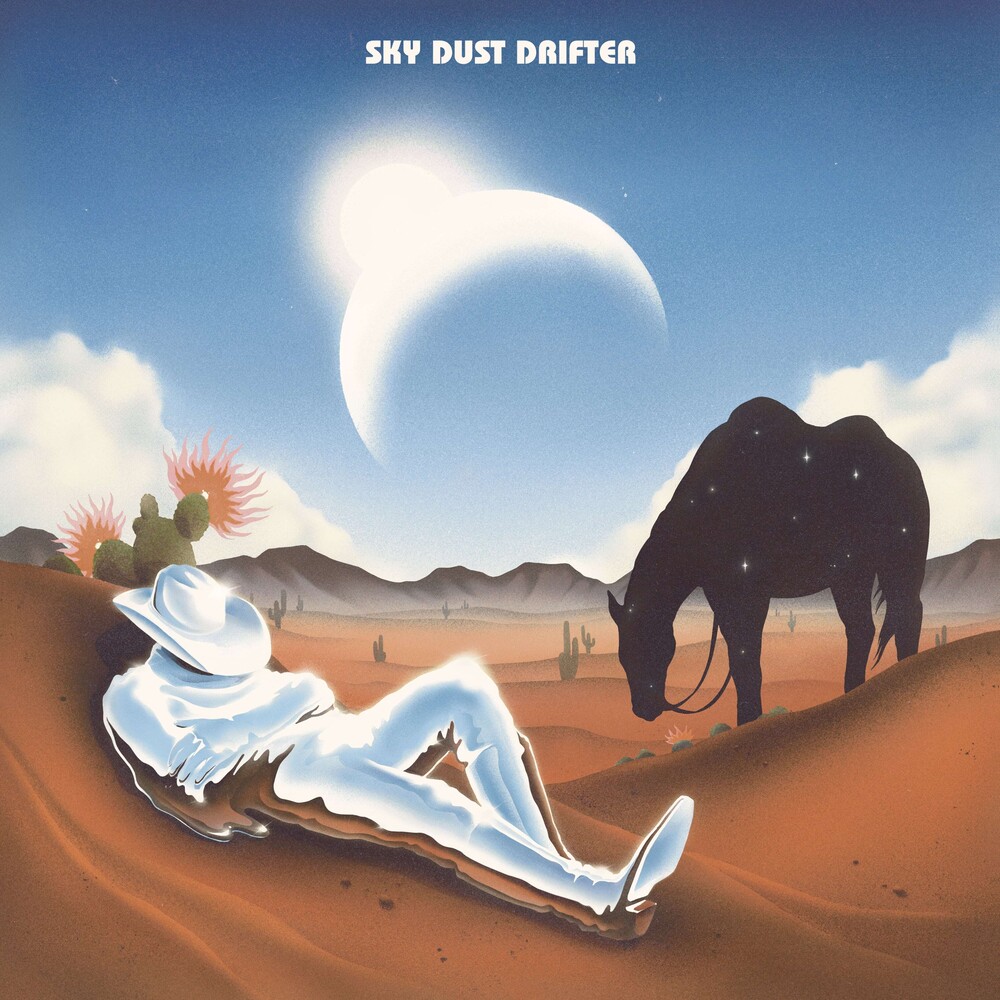 An anthology born out of isolation and deep introspection, Sky Dust Drifter is a cosmic medley of sun-soaked AOR, psychedelic folk, and soft rock. This soundtrack was driven by the lonesome cowboy, a lockdown savior leaving me adrift in desert winds and dimly lit country bars.Long-distance trades and masked meetups yielded a collection of private press LPs and 45s from ten different artists spanning 1973 to 1980. This seemingly random stack of records revealed songs living entangled in themes of hard luck, heartache, and the inevitable loneliness of existence. Adorned in cracked leather and chrome, this album is an aimless wander from the soil to the stars.Featuring an unreleased English version of the compilation's title track "Sky Dust Drifter," (originally released only in Hebrew), the record shifts from laconic afterthoughts to bold proclamations. From Michael Andrews' blue-eyed soul assertion "Something Bad's Better Than Nothin'," to the searing electric guitars and bold synths of Sunburst's "Special Lady," Sky Dust Drifter thrives on solitude in a universe of unconditional self-rule where loneliness is not darkness but rather a blazing light of autonomy.Original artwork by Arina Kokoreva