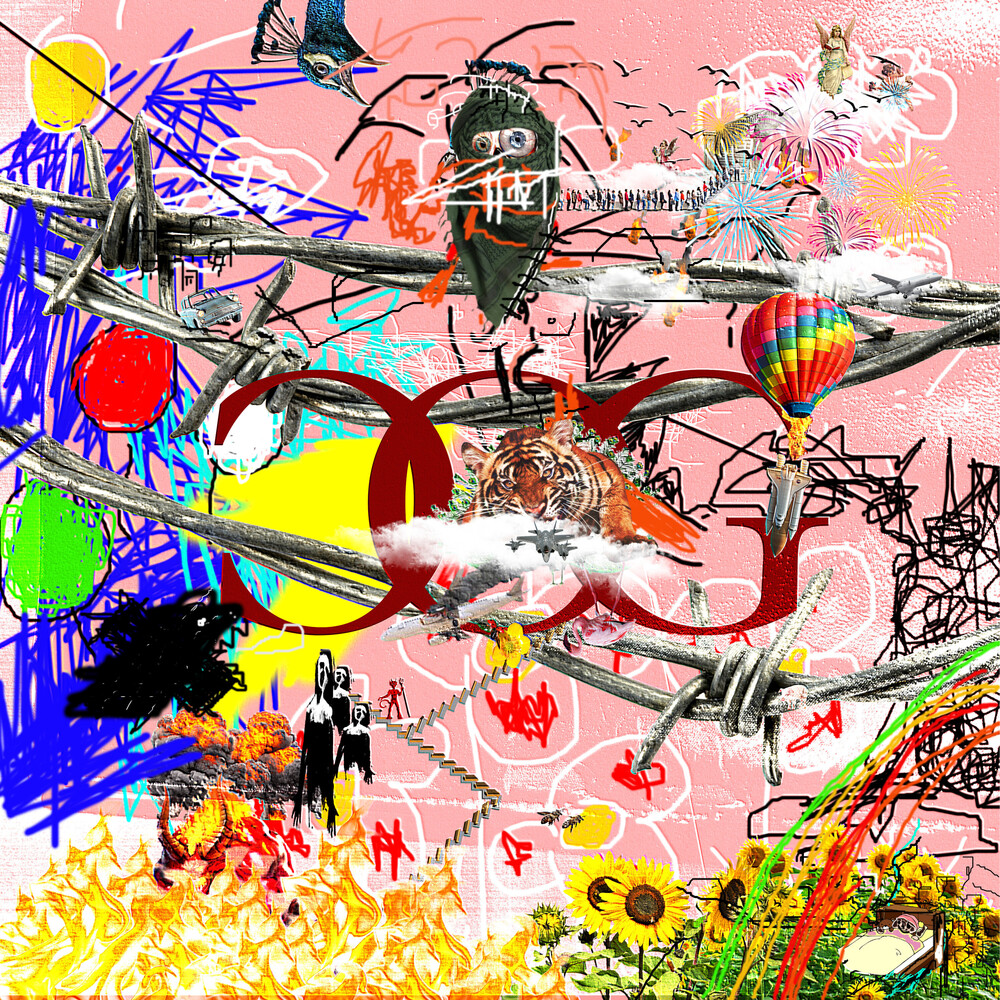 Since they were just a child growing up on the banks of the Kagera, the huge river that curls throughout East Africa, Kenyan multi-instrumentalist, singer and producer Kabeaushé realized there was a sparkle inside that set them apart from their peers. As other kids assembled hierarchies and favored aggressive competition, Kabeaushé became obsessed with compassion, cuteness and ecstatic softness; uninterested in friction, they were driven by a search for bliss that, in time, directed them towards music. Inspired by Prince, Grace Jones, Bollywood soundtracks and, more recently, the boundlessly creative hybrid sounds of Tyler the Creater, Kabeaushé slowly began assembling a unique style that melts together music and theater, cooking up songs that are as supple and funky as they are gentle and self-aware."The Coming of Gaze" is Kabeaushé's ambitious debut statement, an album that's as meticulously conceived as an acrobatic stage-show, and as flexible as a silk scarf. Within seconds of opening track 'Andnoword' we're gifted a sense of Kabeaushé's genre-free vision, as gospel-funk chorals are punctuated with overdriven TR-808 thumps, chipmunked raps, angular guitar fuzz and dancefloor-ready rhythms. It's like an exuberant fusion of Kanye West, OutKast and Spank Rock, re-painted in East African neons. On 'Bully Me' Kabeaushé breaks down the complexities of their character, sweetly cooing over brittle Atlanta-influenced trills, flipping dexterously between earworm choruses and rubbery raps. They reinterpret the unmistakable "Trading Places" vocal sample (that was notoriously lifted on Masters at Work's influential 'The Ha Dance') on 'Caracas' re-Africanizing it and shaping it into sultry, futuristic funk in a contextual shift that characterizes the album's self-aware musical literacy. And you can hear Kabeaushé's knowledge of NYC rap bonafides on 'Dichotomous Key', a riff on The Notorious BIG's 'Hypnotize' that shifts from an inverted, fractured beat into bare minimal electro, simultaneously highlighting Kabeaushé's production skills and their versatility on the mic. Elsewhere, on 'Karachi', Kabeaushé pushes the tempo up, screaming "gimme a sign" breathlessly over pounding club-primed kicks and wiry synths."The Coming of Gaze" is as layered and charged with cultural revolution as any of the litany of albums it references. Kabeaushé isn't interested in playing the clout game, they're making a statement: they're here, they're doing it on their own, and they're gonna be as extravagant and as cute as they want.