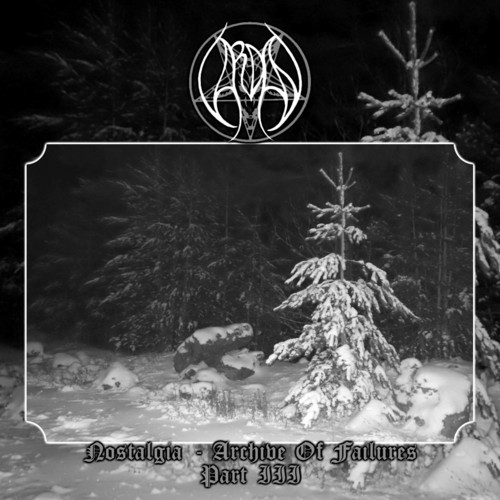 2017 release. Vardan stands at the forefront of the modern black metal/doom/atmospheric scene. Breaking expectations, Bending boundaries, Destroying the norm... treading new ground for the entire metal genre... while forging a new path that is uniquely Vardan's. Vardan continues his ascension to the top of the metal hierarchy with Nostalgia - Archive Of Failures, a sextology of all new, unreleased material issued as six separate albums. Chronologically the 25th through 30th albums in the band's vast discography, Nostalgia is more than just another set of new records, it's the vision of one of the Metal scenes most unique and prolific artists. On Nostalgia Part 3, Vardan presents two epic length compositions, 17+ and 19+ minutes respectfully, of somber, melancholic and reflective black metal overflowing with sweeping clean guitar passages, clear sung vocals, jaw harp and acoustics evoking all the atmosphere that Vardan fans have come to expect. Epic in volume, scope and sound, with the first set of Nostalgia- Archive Of Failures, Vardan concurrently delivers three more black metal classics at once!