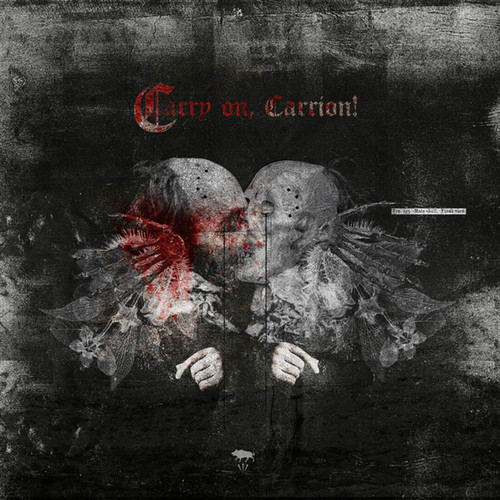 2017 release from the #1 Arabic heavy metal band and the first extreme metal band from Lebanon. The bad boys from Beirut are back! The Lebanese madmen of metal, Ayat return with their highly anticipated third album Carry on, Carrion. While it may be nine years on from their second (and scene legend) album Six Years Of Dormant Hatred, Ayat's mission remains unchanged- to destroy all posers with Bulldozer Heavy Metal. Ayat are staunchly anti-Muslim, anti-religious and against pious rigidity: SYODH had to be smuggled out of their native country due to censorship by religious opposition serves as the proof. Were it also recorded in The Lebanon, Carry on, Carrion would have been received no differently. This time around the Arabic bringers of musical Armageddon serve up 10 gloriously rocking tracks about war, death, anti-religion, Beirut and Jerusalem, sex, closure (it's boring!), police interrogations, (love and) falling out of love, fever, murder, little Allah's falling down, drugs and a magical pig. Carry on, Carrion is rife with catchy riffs and sing-able choruses galore, but don't let that fool you into thinking this is a commercial album. It's as vile and dangerous as the blood-soaked region Ayat hails from.