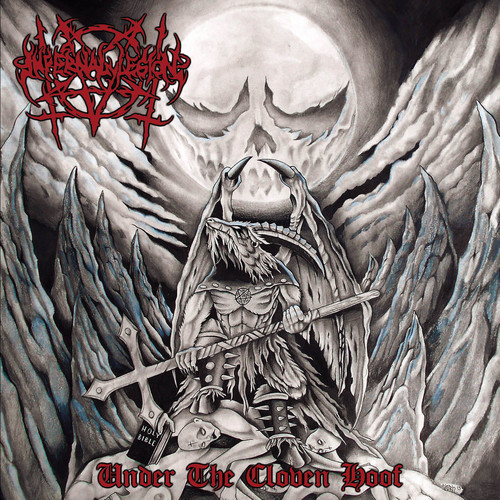 2018 release. Provocator digs deep into the dirges of mastermind Hellscream to unleash Satan, Chaos, Blood and Terror. This torrent of savagery is truly diabolical black metal. The album title says it all - eight hymns of total destruction paying homage to the legends of holocaust metal, from Hellhammer and Bathory to Archgoat and Beherit! Originally founded as a solo project of Bleeding Fist founder Hellscream, the band has now been expanded with the addition of vocalist Lord Astaroth from the rising Italian Black Metal act Kurgaall. Drawing inspiration and firmly rooted in the sound of the '80s masters Hellhammer and Bathory, Provocator also takes cue's from modern black metal contemporaries such as Beherit, Archgoat and Conqueror, pulling the best of the '80s, '90s and 2000s to create a goat-rocking sound all their own. The predominantly guttural in your face vocals by Lord Astaroth are bolstered by raging screams, howls, grunts and groans which are accented by Hellscream's dark and dingy guitar tone and '80s style drums. From slow dirges like "Goathammer Militia", through fast raging tracks such as "Apocalyptic Warfare", to anthemic classics like "Iron Horned Baphomet" Provocator strike hard and heavy with new classics of black death metal blasphemies!