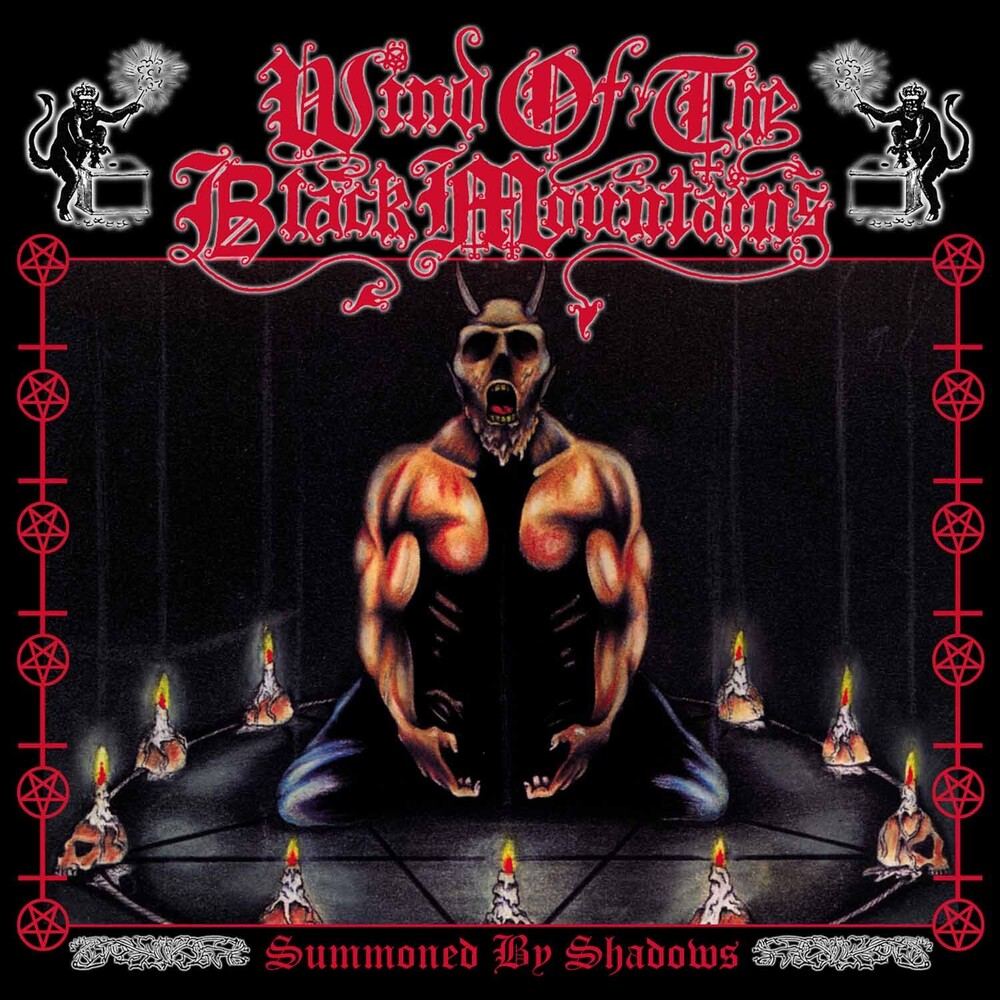 Wind Of The Black Mountains, one of the 5 founding fathers of US Black Metal (alongside Judas Iscariot, Profanatica, GBK & Masochist), returns with a new release! 18 years after their last album, Tchort rises from the grave in order to deliver a post-mortem blow of True Antichrist US Black Metal to a scene gone soft and sanctimonious. Founded in 1992, WOTBM began as a side project to Tchorts main band, Masochist, shortly becoming a force of it's own. Through WOTBM, Tchort evoked true black metal, force-fed with unique and blasphemous atmosphere, utilizing acoustic guitars, violin, keyboard, eerie vocals, effects and interludes, injecting new blood and sound into the heart of Black Metal! Both brutal and ethereal, WOTBM changed the face of black metal with their 1996, debut "Sing Though Unholy Servants", utilizing female vocals and a myriad of instruments, all without dampening the band's sound. In fact, these accoutrements added to the sinister under-tone of their encompassing style. With 2002's "Black Sun Shall Rise", WOTBM again broke all pre-conceptions of Black Metal, delivering a much more barbaric & bestial sound, which saw Tchort returning to his root writing style, ala the Legendary Masochist. "BSSR" soon became a milestone in early USBM history and remains a mandatory album in all metal collections! In 2006, Tchort's life was cut short; however, death can stop the Devil, even from behind the 7-gates of Hell! Tchort now haunts us all with "Summoned By Shadows", 4 remarkable unreleased tracks he recorded just prior to his untimely demise. Mixing was completed by long-time drummer Nybras, with help from prior Masochist band-mate and Summon leader, Xasphan. Moribund Records is now proud to unleash these tracks with additional bonus songs from the bands rare, self-titled second demo, the cult classic "Forcefed into Blasphemy" 7"EP, as well as several unreleased bonus tracks from the vast Moribund archives! "Summoned..." sees Tchort perfectly combining the atmospheric sound pioneered on "STUS" with the more brutal sounding "BSSR", showcasing his remarkable ability in Satanic song craft! While Tchort passed in 2006, thou shall not mourn, for he left us with this final musical legacy, "Summoned By Shadows", so he may rise from the embers!