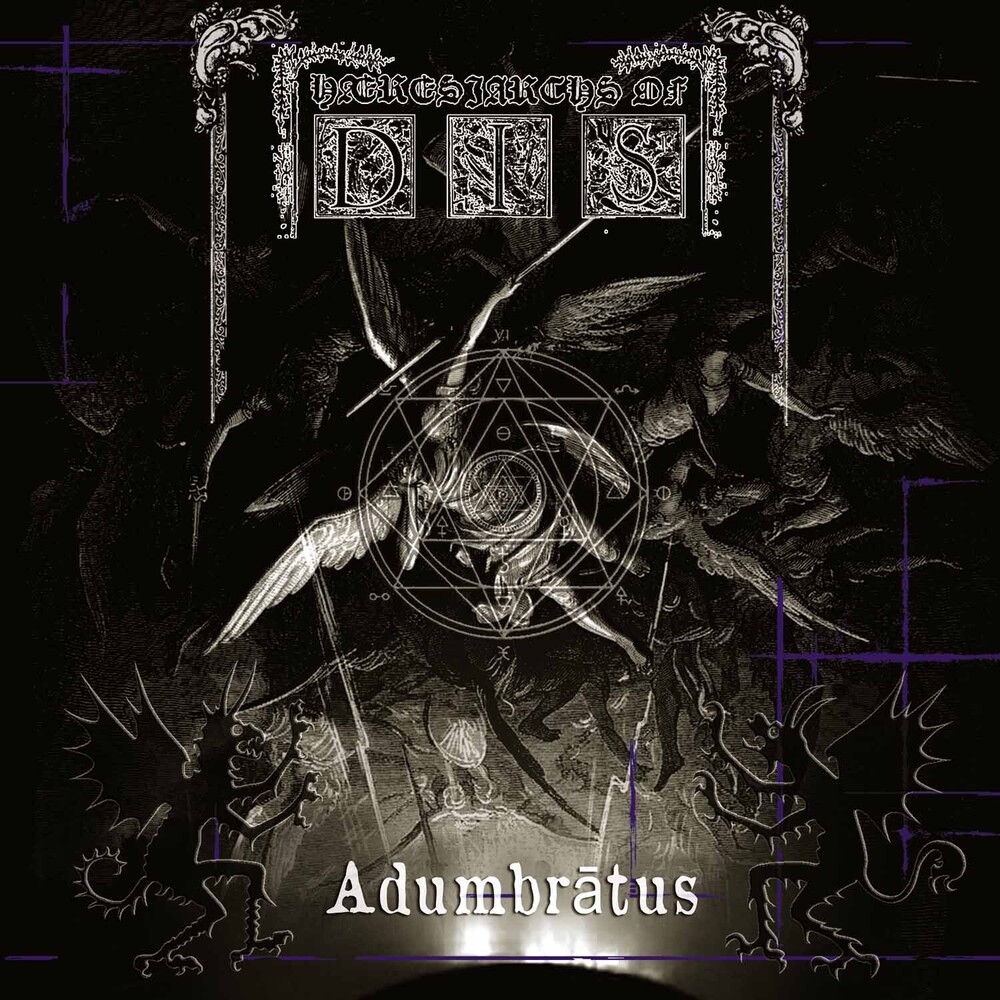 A CELESTIAL SYMPHONIC CACOPHONY OF SUPER NOVA PROPORTIONS!Enter the dark celestial halls of the Mephistos, where the Archon reign supreme! Hæresiarchs Of Dis pushes the boundaries and conceptions of modern extreme metal by arranging soundscapes and atmospheres with overflowing occult passages, acoustic intervals, ghostly & cavernous interludes, funeral organ and cello amongst other instruments, and choral vocals. Well placed atmospheric segments provide an ambiance that many struggle (or fail) to achieve, as Hæresiarchs Of Dis easily engages the listener with complex multilayered, multidimensional compositions and concepts. Following 2 successful self-produced albums HoD signed with Moribund in 2010 and embarked on a tetralogy comprising a proclamation of ash with "Denuntiatus Cinis" (2010), supplicating "In Obsecration Of The Seven Darks" (2010) and reciting the "Thirty-Eighth Sermon Of The Unborn" (2013) with the closing chapter arriving in "Adumbratus". A precursor to "Adumbratus" was also summoned with "Tria Prima Diabolica", a special enhanced MCD (2016) which also featured 3 stunning videos and an ode to the legendary Mercyful Fate. "Adumbratus" is the 6th full-length opus from Cernunnos of the Seven Darks, sinister savant and sole orchestrator in Hæresiarchs Of Dis. Vicious and chaotic at times, harmonic and free-flowing at others, "Adumbratus" relays an advanced concept through symphonic black metal mastery and esoteric celestial prose. With this well anticipated release, Hæresiarchs Of Dis offers an unparalleled advance into the Adversary's domain and a glimpse into his coronation upon the heat death of the cosmos! Cernunnos declares listeners will "Postulate on Terminus Creation and the Satanic Cosmological Constant"!The US response to EMPEROR and ARCTURUS - Epic, Complex & Orchestral US Black Metal!