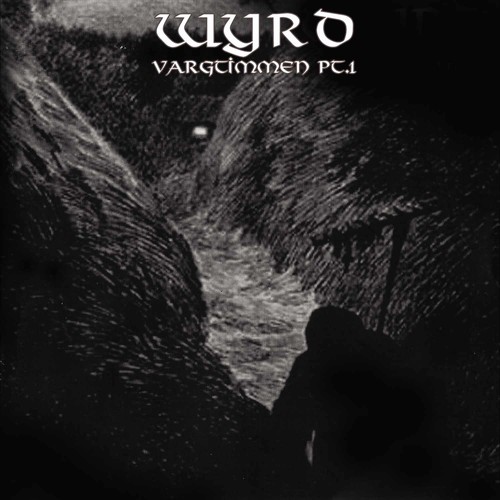 Official re-mastered re-issue of WYRD's most epic album, out of print for over a decade!!! WYRD, Finland's top-selling Pagan Metal band, delivers a long overdue official re-issue of their legendary third album "Vargtimmen Pt. 1"! Out of print world-wide for over a decade, the band's milestone third album is presented anew, completely re-mastered by band-leader Narqath for superior sound. "Vargtimmen Pt. 1" was originally released in 2003 and swiftly sold through it's first several pressings... One of Finland's oldest and most Epic Pagan Metal bands with a vast catalog, including 9 full-length albums, multiple EP's and splits, WYRD require no introduction to metal fans world-wide. Originally forming as a side-band of AZAGHAL leader Narqath, WYRD soon took on a life of it's own and became a full time band, touring and consistently releasing new albums. Where AZAGHAL is pure Finish Black Metal, WYRD explores the epic realms of pagan culture and mixes Black Metal with Folk and Doom to create a sound unique to WYRD. WYRD is currently in the studio completing their 10th full-length album, "Hex", set for June release via Moribund Records. A milestone year for the band, who will also issue re-mastered re-issues of "Heathen", "Huldrafolk" and "Vargtimmen Pt. 2", their 1st, 2nd and 4th albums respectively, via Moribund through-out 2019! 16 years after it's original release, "Vargtimmen Pt. 1" is as ground breaking and epic today as it was upon it's initial release.