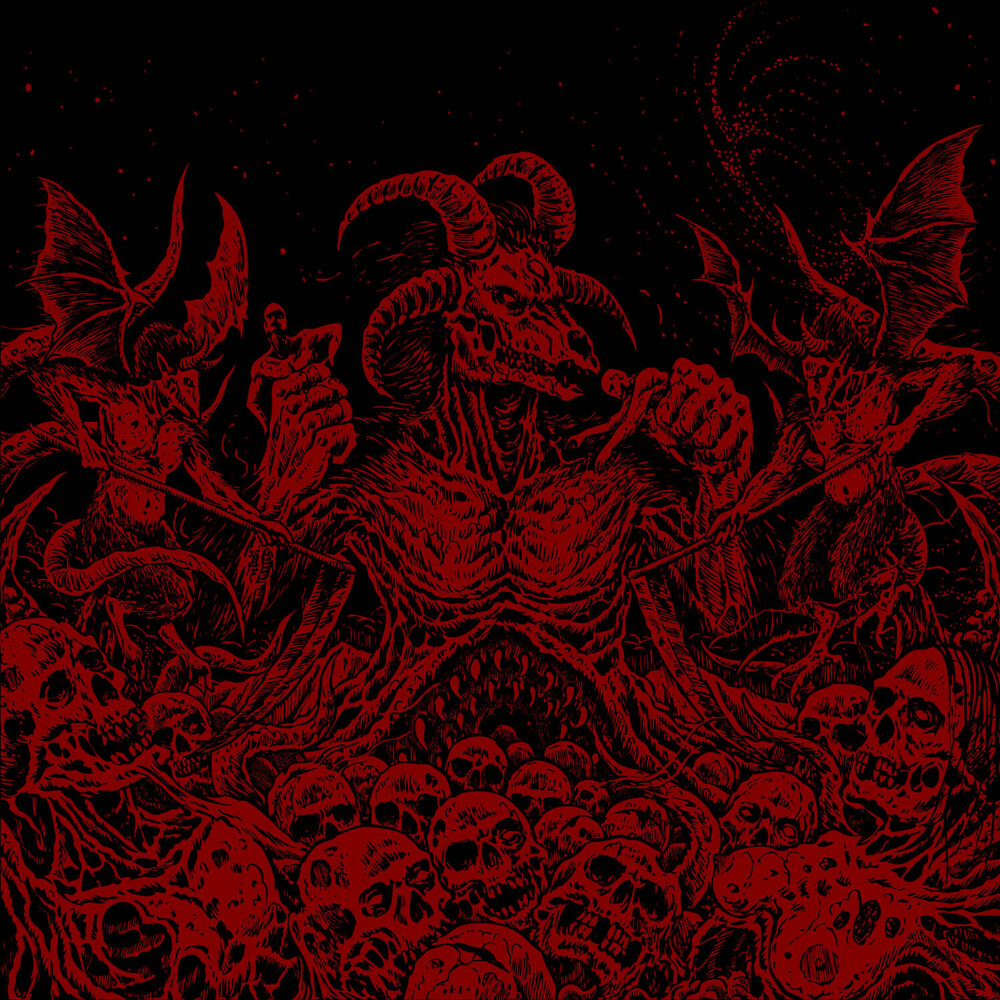 Cult & Contagious Luciferian BLACK / DEATH METAL of the Highest Order !!! Portuguese not-so-newcomer, Ishkur of the Black Death Metal act Law of Contagion, delivers a massively infectious debut album "Woeful Litanies from the Nether Realms". Having been involved in the underground for decades recording with multiple well known bands, Ishkur opted to evoke his own pure vision of Luciferian litanies to sound as the sole member of Law of Contagion. The result is a superbly dingy and murky Occult Black / Death Metal with utterly rocking rhythm. A mammoth, dark and cavernous production fortifies these essences of "Woeful Litanies from the Nether Realms", evoking the glory days of Black / Death Metal, when bands and albums were still authentic works of art. Oozing with a grim Old School aura, "Woeful Litanies from the Nether Realms" breaks only to let in cold, shadowy Black Metal melodies or to breathe out ruthlessly vile Death Metal passages. A thick and dense album of Blackened Death Metal in the classic vein of legendary acts such as Mysitfier, Beherit, Mortuary Drape, Necromantia and "De Mysteriis..." era Mayhem, as evidenced by soon-to-be-classic tracks such as the dynamic "Ov Evil" or the dark thrashing "Cult of the Damned". Dark and Brutal Luciferian Black / Death Metal, Law of Contagion are poised to take the scene by storm with a breath of pestilential air.