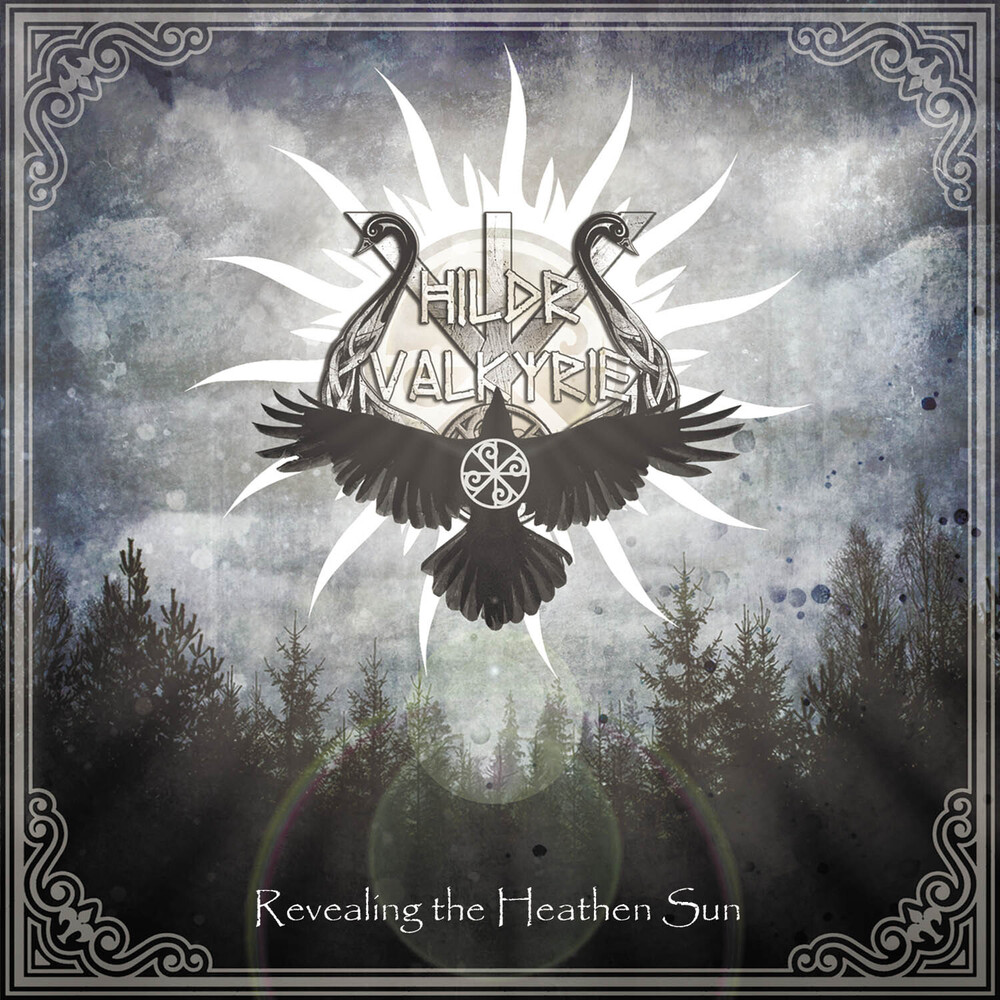 Epic One Woman Folk / Viking Metal of the Highest caliber !!! The history of this one woman band started in 2003 with the invention of Hildr Valkyrie. Hildr Valkyrie released two demos before her first full length album, "Shield Brothers Of Valhalla", in 2008. Her second album, "Revealing The Heathen Sun", was originally released in 2017 on Russian label Stygian Crypt. This masterpiece now sees it's official world-wide release, serving as Hildr Valkyrie's Moribund Records debut! "Revealing The Heathen Sun" is a continuation of her debut album and borders beautifully between heathen folk and folk metal. Hildr is also well known for her performances on 14+ albums with the internationally acclaimed Folk Metal acts Folkearth and Folkodia, among several others! "Revealing The Heathen Sun" flows effortlessly with 11 well-structured majestic Hymns teeming with epic guitar melodies, acoustics, tin whistle, pagan drums, tabor, keyboards, magnificent layered aria vocals, and Heroic lyrics based on Norse Sagas & Mythology! Hildr Valkyrie employs a wide variety of vocals stylings, including epic choral parts layered with the primary vocals and the addition of black metal flair proves she can do it all! The black metal vocals add immensely to the already valorous sound and ads triumph to tracks like "Final Blot" and "My Oath". From the majestic arc of melodies in "Over Lands, Mountains and Shade" to the catchy and almost ritualistic melody of "An Ode to All Father Odhinn" and the Summoning-esque "Sayings of the Higher one", this is an absolutely exceptional album! If you like folk- and pagan metal- Hildr Valkyrie is for you! Take up your shields and swords, brothers and sisters- ride into battle with "Revealing The Heathen Sun"!