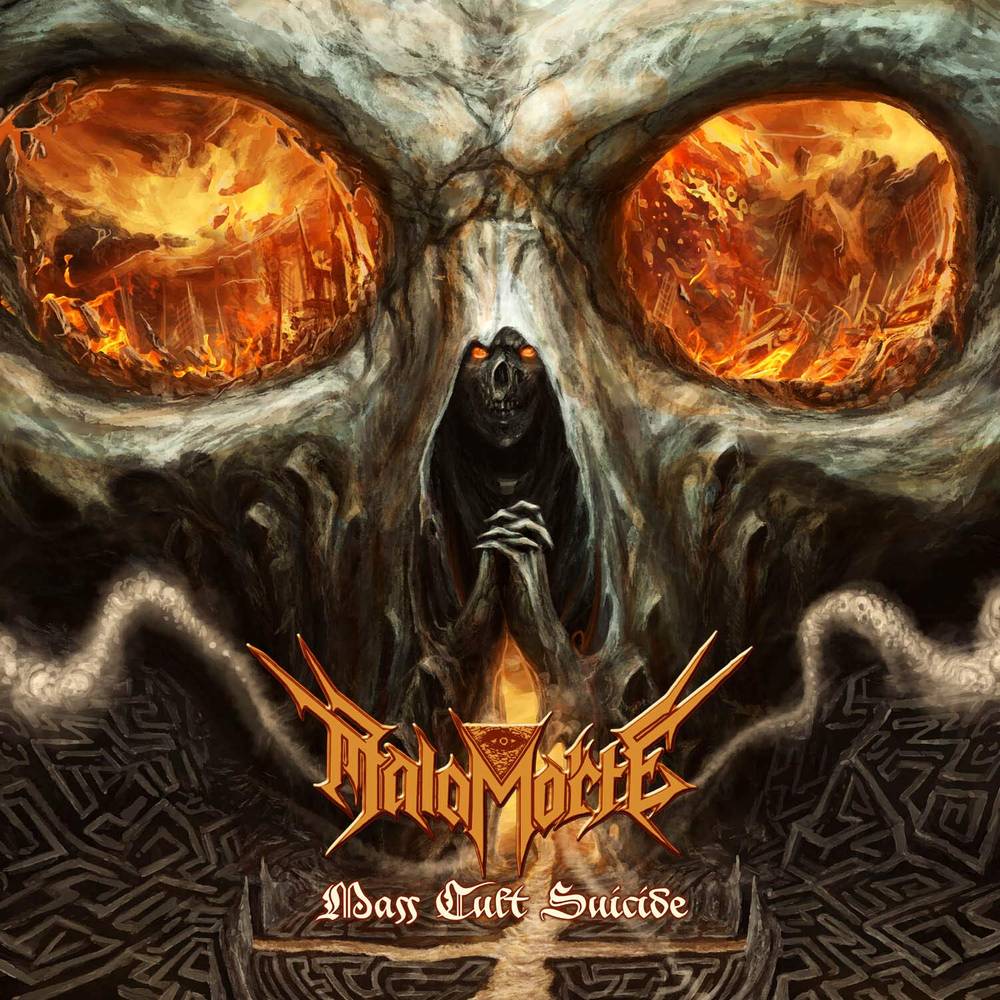 Italian New Wave of True Heavy Metal Leaders MALAMORTE return with their Masterful Sixth album "Mass Cult Suicide"! MALAMORTE, led by Italian scene legend of Alessandro Nunziati, was born in 2009. Fans of Italian metal will recognize Alessandro's name; this is a man full of talent and dark creativity! He is a well-known musician, record producer and author, best known by the stage name Lord Vampyr (or L.V.). Internationally recognized from his bands Theatres des Vampires, Cain, Lord Vampyr, Nailed God, Shadowsreign, and many others, Alessandro has garnered a Huge global fan base, which has only expanded with the success of MALAMORTE! MALAMORTE's five prior albums, "The Fall of Babylon" (2014), "Devilish Illusions" (2016), "Satan Goes to Heaven to Destroy the Kingdom of God" (2017), "Hell for All" (2019) and the critically acclaimed, Radio break-through album "God Needs Evil" (2021) have catapulted the band to the forefront of the modern "New Wave of True Heavy Metal' movement! The band's sound, manifested within the mainstream Occult Rock / True Heavy Metal style, has been refined to perfection! Influences by Ghost, King Diamond, Judas Priest, Death SS, Iron Maiden and old Black Sabbath are clear, but crafted into a style uniquely MALAMORTE's through occult lyrics, extremely catchy rhythms and choruses, encompassing the epic feel of True Heavy Metal. Following closely after the 'surprise' break-through album of the year and Radio Chart toper "God Needs Evil", MALAMORTE returns with the Massive New Radio-Killer, "Mass Cult Suicide"! This is a concept album based on the infamous Jim Jones and his fanatical religious followers of the 'Peoples Temple Cult' and their fateful Jonestown commune in Guyana. Featuring the Radio Killers "Apocalyptic Visions", "The New Messiah" & "They Are Watching Us", "Mass Cult Suicide" is a solid, riff-driven hard rock / heavy metal masterpiece, heavy on the Synth which adds even more melody driven rhythm and 'pop'-catch appeal to this phenomenal album. With two fantastic releases out in the first few months of 2021, MALAMORTE is the new Metal Messiah !