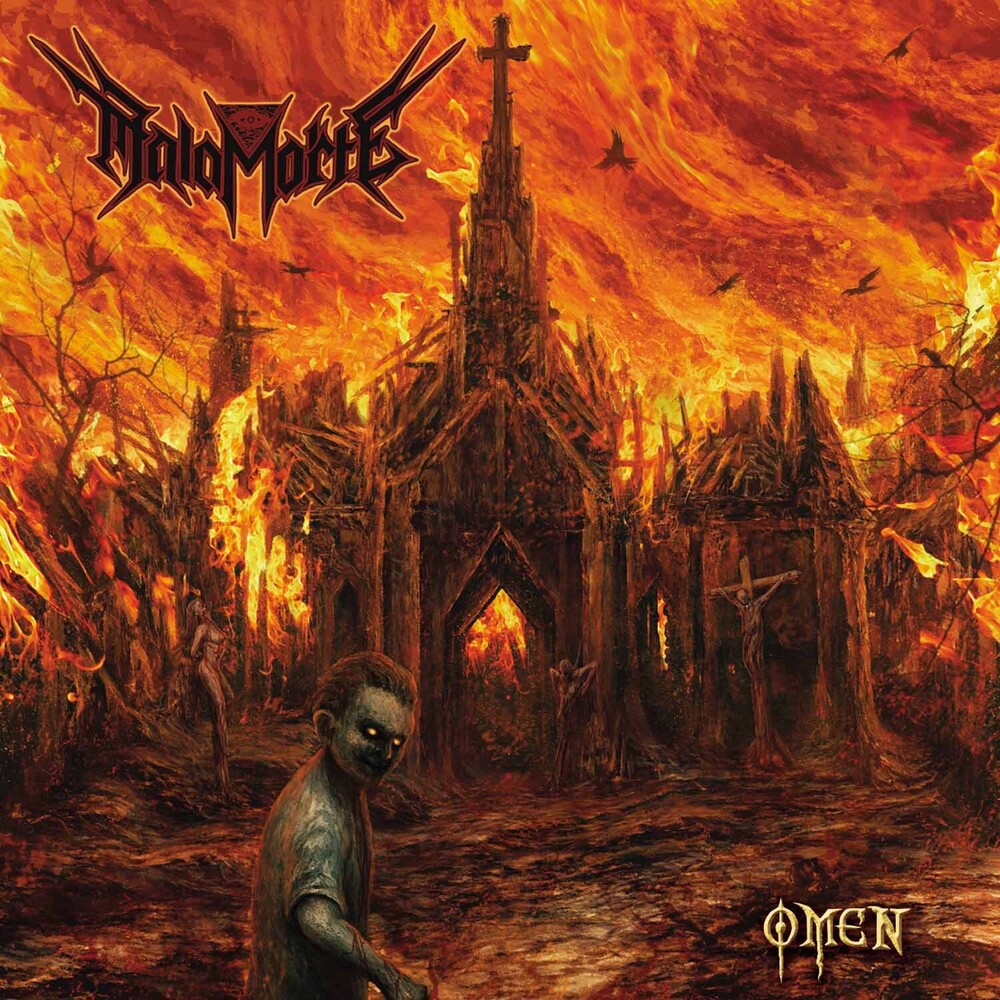 True Heavy Metal / Thrash Leaders MALAMORTE return with their Seventh album & the Horror-Metal Masterpiece of 2022! MALAMORTE, led by heavy metal scene legend Alessandro Nunziati, was born in 2009. Fans of Italian metal will recognize Alessandro's name; this is a man full of talent and dark creativity! He is a well-known musician, record producer and author, best known by the stage name Lord Vampyr (or L.V.). Internationally recognized from his bands Theatres des Vampires, Alex Nunziati Project, Cain, Lord Vampyr, Nailed God, Shadowsreign, and many others, Alessandro has garnered a Huge global fan base, which has greatly expanded with the success of MALAMORTE! MALAMORTE's six prior albums, "The Fall of Babylon" (2014), "Devilish Illusions" (2016), "Satan Goes to Heaven to Destroy the Kingdom of God" (2017), "Hell for All" (2019) and the critically acclaimed, radio chart toping albums "God Needs Evil" (2021) and "Mass Cult Suicide" (2021) have catapulted the band to the forefront of the modern "New Wave of True Heavy Metal' movement! The band's sound, rooted within the mainstream occult rock / horror metal / true heavy metal / thrash style, has been refined to perfection! Influences by King Diamond, Ghost, Judas Priest, Death SS and old Black Sabbath are clear, but crafted into a style uniquely MALAMORTE's through horror and occult lyrics, extremely catchy rhythms and choruses, encompassing all aspects of epic heavy metal. MALAMORTE now returns with the massive new horror-metal masterpiece and magnum opus "Omen"! As the title suggest, the lyrical themes are based on the 1976 classic Horror movie "The Omen". However, much more than just lyrical themes, the album is a full concept album paying homage to the horror classic. "Omen" also sees the "New Metal Messiah" morph both in character and thematically into The Antichrist! Featuring the radio killers "Megiddo", "The Son of the Devil" & "The Truth Buried in the Cemetery", "Omen" is a 1st class horror metal and heavy metal masterpiece, filled with monster riffs and anthemic choruses! "Omen" is unquestionably Malamorte's magnum opus to dateThe New Metal Messiah reveals himself to be the Antichrist!!!